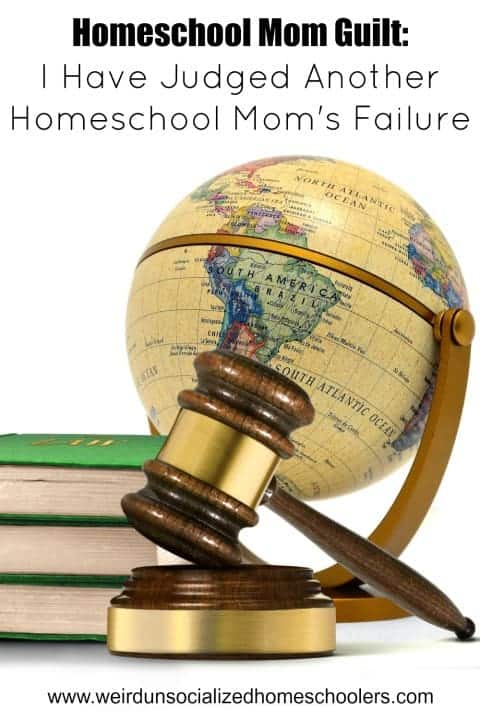 It’s time for a healthy dose of real. Hello, my name is Kris, and I have judged another homeschool mom’s failure.

Yeah. Nice, huh? Tell me it’s not just me. Surely, I’m not the only one who’s guilty of sometimes questioning the way another homeschool mom does things and thinking that whatever she’s experiencing could never happen to me. 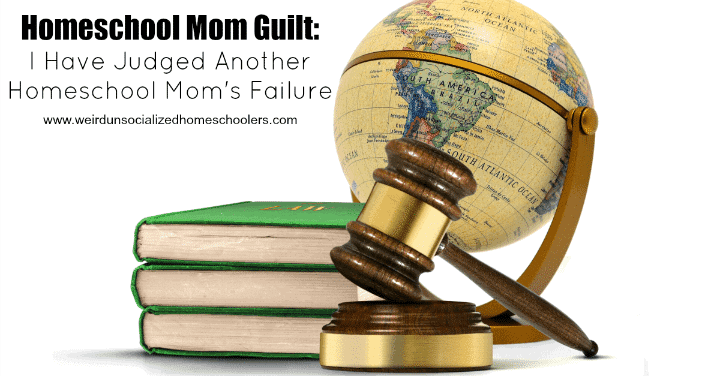 Once, when we’d been homeschooling 5 or 6 years, a new, unsure homeschool mom posted a message to our email-based support group. She asked how to deal with a teenager who refused to do his schoolwork. I remember thinking, “You’re the mom. Just make him do it.”

And I thought it in a tone that screamed, “That would never happen to me.” Because, you know, I knew so much about teenagers, given the fact that my oldest was 12 or 13 at the time – and a compliant kid by nature.

I never actually thought anything like, “You’re clearly a homeschool failure, and you should put your kids back in school.” However, I’m certain I was probably thinking something like, “That’s not the way I’d do things, and my way would clearly be better.”

{Cue the ominous “something is about to happen” music.}

Tips for Homeschooling Teens Who Sometimes Act Like Slackers

Now that I’ve learned a thing or two about homeschooling teens, I wish I could go back and offer that mom a non-judgmental listening ear, a hug, probably a little sweet tea, and a few tips that might help. Since I can’t, I’ll share those tips with you.

Limit distractions. I’ve shared this tip before, along with other tips for helping highly distractible teens focus, but it’s a good idea for anyone (for kids, teens, and adults). It’s easy to get sucked into social media, texts, games, or whatever when we’re doing something we don’t particularly want to do.

I do it, and I’m not a teen. When I’m working on a writing project, I’ll stop to check my email and wind up reading and replying to a few of them. I’ll decide to check Facebook “just for a minute,” and suddenly I’ve lost half an hour. I’ll tell myself that one or two turns on Words with Friends will help my creativity. (No, I’m not even kidding.)

Why should I expect my teens to focus any better than I do?

Listen to them. Over the last year or so,  we’ve moved in a much more interest-led direction. It may not be right for everyone, but it has been great for us.

Recently, Josh told me that he thought of his last year or so of school should be a time to prepare for life after graduation. That’s exactly what it should be.

He told me that he wants to focus on expanding his vocabulary,  improving his written communication skills, and learning computer coding. That’s valuable stuff, y’all, and he’s going to own it because he sees the value in it.

You don’t have to turn into full-on unschoolers to apply interest-led principals. Just ask your kids what interests them and look for ways to incorporate their ideas. For example, Megan is studying astronomy and the World Wars this year, instead of physical science or biology and U.S. history, which are more common for 9th grade.

Let them know your expectations. Follow your teens’ interests and allow them to capitalize on their strengths, but hold them accountable for the terms you’ve agreed on.

During her senior year, there were two courses Brianna resisted completing. They were non-negotiable based on what our family’s requirements for graduation. I told her that I wouldn’t issue a diploma until she completed them. She could have pursued a GED or looked for other options, but these were classes that were part of our expectations for graduation.

She completed the courses.

Why Do We Judge One Another?

No matter who would are or what stage of parenting we’re in, I think we’ve all been guilty of judgmental thoughts from time to time. That doesn’t mean we’re all a bunch of self-righteous meanies. It happens for a few reasons.

We feel insecure. Most of the time (in all areas of life, not just homeschooling) judgment comes more from a sense of inferiority than one of superiority. We worry that if someone is doing something differently than we are, maybe we’re doing it wrong. Maybe their way is better.

Or we think they think their way is better, and we get defensive.

It’s important to realize that we’re all different. That means we’re going to approach life and school in a variety of ways. That’s the way it should be. We all bring our own unique gifts, talents, and viewpoints into the world.

We’re afraid. A lot of judgment is fear-based. We think if we can just pinpoint the reason someone else is struggling and avoid doing that thing, we can avoid that struggle.

Her teenager would do his work if she would just…

Of course her kid is doing XYZ because she…

We don’t want to admit that sometimes we can do everything right (whatever right is) and things still go wrong. Homeschooling offers no guarantees. Neither does stellar parenting. (At least, I don’t think it does. I don’t know since I haven’t achieved it.)

How Do We Stop Judging Others?

We know we shouldn’t judge others, but sometimes we find ourselves doing it. How do we stop?

Realize we may be there at some point. We never know where life will take us. That’s why I’ve cautioned against judging another mom’s homeschool style. You may find that it’s your own one of these days.

I know a mom who has kids in a wide age range from adult to infant. When her older children were younger, she never did co-ops. She didn’t look down on them or anything; they just weren’t something she needed at the time.

This year, her younger kids are in co-op. She’s at a place in her life where she’s not able to offer them all the outings and social opportunities that her older kids had, so joining a co-op was right for them right now.

That’s just one simple example of how our needs as homeschool parents can change.

Understand that one person’s choices aren’t a commentary on ours. We don’t have to knock someone else’s choices because they’re different than ours. The fact that we’ve gone a more interest-led route doesn’t mean that I think someone who follows a more traditional high school course of study is doing her children a disservice. And, I would hope that the opposite would be true.

It goes back to recognizing that we all bring something unique to the world and being okay with that.

Are you suffering from homeschool mom guilt? You’re not alone. Click the image below to see the guilty confessions of the iHomeschool Network bloggers and enter a giveaway for some homeschool goodies! 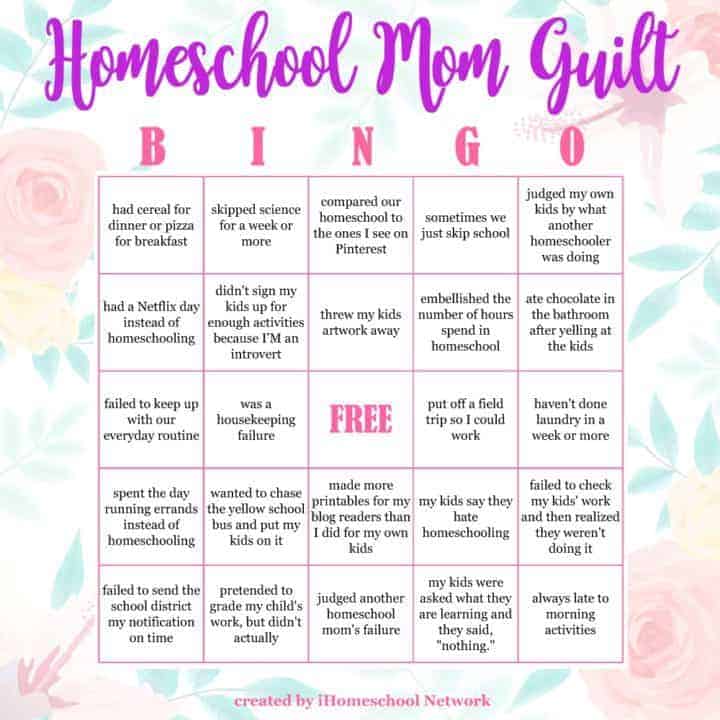 Have you ever judged another homeschool mom or been judged? What did you learn from the experience?