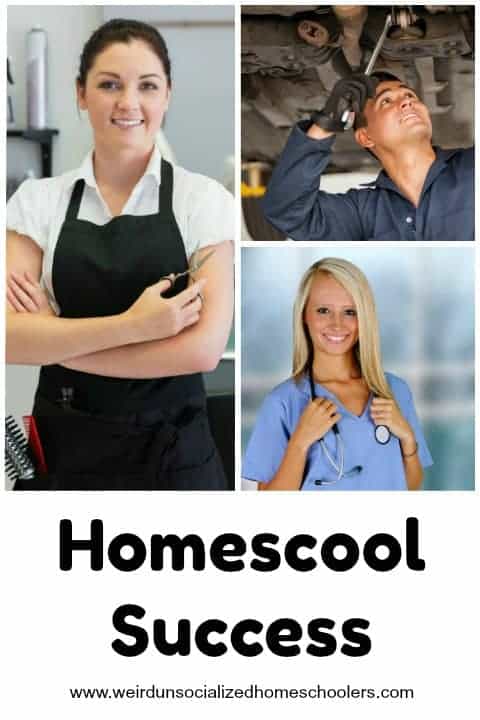 It’s still the most condescending comment I’ve ever read. Over a year later, it still comes to mind on a fairly regular basis – not because it bothers me, personally, but just because of the attitude behind it. It was on my post, 50 reasons homeschooled kids love being homeschooled, in which I made a passing comment about my oldest being in cosmetology school. 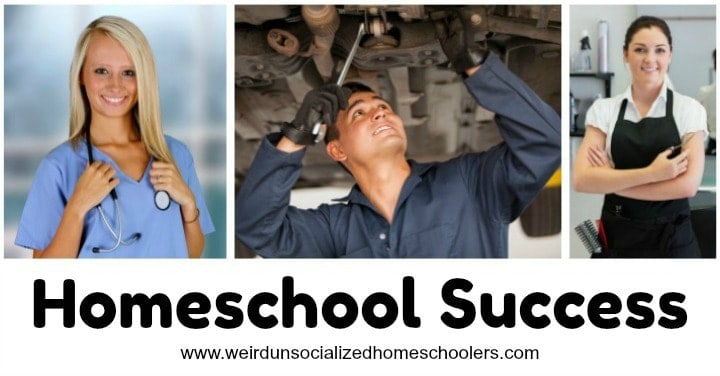 Can’t believe this woman considers her home schooling a success when her daughter is going to cosmetology school. Certainly didn’t set the bar very high…”

My homeschooling goal for each of my children is to equip them to do whatever occupation they feel led to pursue after graduation. If they can competently read, write, and do everyday math; know how and where to find the information they need; and are following the career path that fulfills them – whatever that career path is – then, yes, I do consider my homeschool a success.

My daughter’s ultimate goal is not to be a hair stylist, but that is a stepping stone to where she wants to be. Even so, it wouldn’t bother me in the slightest to see her pursue that as her career if that’s her desire.

Hairstylists make people happy. They help them feel better about themselves and their appearance. Men may not care as much, but I know women who would be very upset if their regular stylist quit or moved away. I’m one of them because I’ve had two stylists get married and move away. I semi-seriously considered interviewing my current stylist to ensure that she was married and had deep and lasting ties to the area before I switched to her.

And, y’all, the stylists where at the salon I use make good money – and they travel to Italy and France for training.

If a person is working and making an honest living to support himself and his (or her) family, he is worthy of respect. Period.

A while back, we had septic tank problems. The guy who had to work on our tank has a very dirty job. I wouldn’t want to do it, but you know what? I sure was happy he was willing, able, and trained to do it. And, I paid him a pretty hefty sum for his willingness and ability to do such a “menial” job.

My step-dad was a mechanic. My dad and two grandfathers were carpenters. They were not second-class, unsuccessful citizens. They played a vital role in our nation’s economy. We need all types of workers doing all kinds of jobs. To, once again, quote Mike Rowe:

In high schools, the vocational arts have all but vanished. We’ve elevated the importance of ‘higher education’ to such a lofty perch that all other forms of knowledge are now labeled ‘alternative.’ Millions of parents and kids see apprenticeships and on-the-job-training opportunities as ‘vocational consolation prizes,’ best suited for those not cut out for a four-year degree.”

He goes on to say that,

In a hundred different ways, we have slowly marginalized an entire category of critical professions, reshaping our expectations of a ‘good job’ into something that no longer looks like work. A few years from now, an hour with a good plumber if you can find one is going to cost more than an hour with a good psychiatrist. At which point we’ll all be in need of both.”

I know a homeschool graduate who is attending college, scoring high academically and is a member of Mensa. She is a homeschool success.

I know two homeschool graduates who are married, stay-at-home moms raising their babies. They are each a homeschool success.

I know a homeschool graduate who has won prestigious awards for her artistic abilities. Commissioned as a sculptor for people with names like Rockefeller, she’s traveled Europe painting and sculpting. She is a homeschool success.

I know homeschool graduates who are working full-time jobs in the auto industry. They are saving their money and planning for their futures. They are each a homeschool success.

I know homeschool graduates who are in nursing school. They are each a homeschool success.

I know homeschool graduates who are running their own home-based businesses. They are each a homeschool success.

Each of these young adults is a success because each is pursuing the career path that fulfills them and contributes to their role in our society and economy. One isn’t better than the other because his or her job is more prestigious.

Don’t believe me? Just wait until the next time your plumbing or HVAC system goes out. Call your doctor or lawyer. The rates will probably be about the same, but will you be able to flush your toilets or heat your home?

We all have a role in making this great big world of ours run. Don’t disdain one person’s choice as being less than. Each role needs a person willing and able to fill it. And every person who is filling their role and supporting themselves and/or their family is a success – homeschool or otherwise.