I’ve been thinking a lot lately about how many calories a body needs to be healthy and to successfully lose weight. The first thing that got me thinking was something I read in The New Rules of Lifting for Women.

Rule #12 in the book is: Calorie restriction is the worst idea ever.

That begins Chapter 4, entitled, The War Against Food. The author uses this chapter to present what is a very sound argument that we may be forcing our bodies into starvation mode, thereby doing the very opposite of what we’re trying to do by forcing our bodies to slow down our metabolic rate in an attempt to store up calories, rather than burn them.

He refers to a group called the Calorie Restriction Society, an organization that encourages limiting calories in order to live longer, healthier lives. He then points to a study that shows that the average number of calories consumed by this group is 1,400-2,000 calories.

That’s considerably lower than what the average American may eat, but quite a bit more than most weight-loss plans allow.

I don’t know about you, but My Fitness Pal gives me 1,200 calories a day. That is on par for most weight-loss books, website, and meal plans and, as author, Lou Schuler points out, well below even the Calorie Restriction Society folks. I can, of course, add to that by working out, but I typically only earn 300-400 extra calories a day, but that still puts me on the low end of that 1,400-2,000 calorie range. 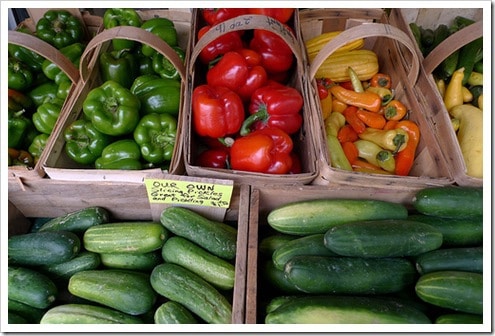 There is a chart in the book that helps you figure out what your calorie deficit should be for the day, based on your weight, your resting metabolic rate, and your BMI. For me, according to The New Rules of Lifting for Women, it should be 2,000-2,200 calories a day, depending on whether or not I’m working out, which I do, on average, about six days a week.

Currently, I’m eating around 1,500-1,600 calories a day after figuring in my calories earned from working out.

I finished The New Rules of Lifting for Women a few weeks ago. I’ve been thinking a lot about my calorie intake since then, but even when drinking the recommended post-workout protein shakes, I’ve tried to stay within my allotted budget on MFP. My weight-loss results were less-than-impressive last week.

Then, late last week, I came across a post on Faith, Fitness, Fun about what 2147 calories looks like. The author, Tina, says that after years of following all sorts of crazy diets, she finally began to see the importance of properly fueling her body.

Granted, she is young and doesn’t have my forty-something metabolism, but she has had two kids, which generally gets your metabolism all out of whack. I can’t help but feel that there is wisdom in what she says:

It always saddens me when I hear about diet plans with recommended calorie intakes of 1200 calories. I truly believe its possible for a healthy individual with no metabolic issues to lose weight eating more than that. I hope to display that you can certainly eat enough food to fuel your body well, feel satiated, and still make progress. [emphasis mine]

Tina doesn’t count calories, but instead has found the value in giving her body the fuel it needs. I hope you’ll click over and take a look at what a typical day’s worth of food looks like for her.

I noticed a couple of things about Tina’s food choices that I think are important:

1) She is eating about the same amount of calories for each meal. This is highly recommended by many sources I’ve read. It keeps your metabolism steady throughout the day by providing a steady intake of fuel without a lot of spikes and dips.

It also avoids doing what so many of us do – eating sparingly throughout the day, then consuming the majority of a calories for dinner, when we’re moving into our less-active time of day.

2) Tina is eating a great variety of nutrient-dense foods. Her non-calorie-counting ways probably would not be as effective if she were eating junk all day, but she’s consuming a nice balance of fruits, vegetables, whole grains, and proteins.

Tina says somewhere on her blog that she tries to keep in mind an 80/20 plan with her eating – 80% healthy, 20% treats. She says that she doesn’t spend a lot of time consciously thinking of this, but it’s become a habit that she tends to stick to. 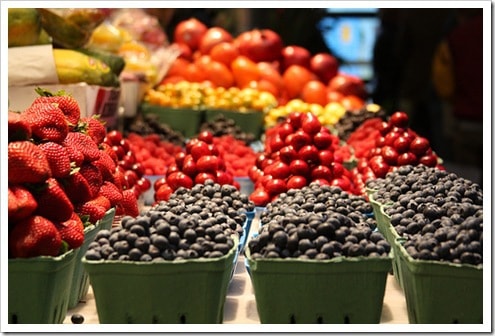 Even my hero, Jillian Michaels, recommends increasing your calories for a few days in order to break through a plateau.

That’s really given me a lot of food for thought – no pun intended. I mean, tracking my food has played a huge role in my success anytime I’ve lost weight. However, I don’t want to have to write down every bite of food that goes into my mouth for the rest of my life.

I’d like to use this time of my life to learn how to eat for the rest of my life.

Don’t misunderstand. I’m not looking for an excuse to gorge myself. When I looked at Tina’s 2,147 calorie day, I was actually thinking that would be too much food for me – until I got to the pasta bowl for dinner, that is. That made me little hungry.

And, of course, there are my two glasses of sweet tea every day. That accounts for nearly 300 calories the don’t fall into the “nutrient-dense” category.

I think there is something to be said for eating more than 1,200 calories a day, though. And, I really think I’d like to spend a few weeks trying to find a nutrient-dense, healthy volume balance in my eating that doesn’t involve me writing down everything I eat and going to be hungry for the rest of my life.

I won’t lie and say that it doesn’t scare me, though. I’ve spent 16 years either ignoring or failing to recognize my body’s cues. I’m hoping that there is a reasonable balance of calories, healthy food, and activity level for me.

I’m thinking that I’m going to spend some time experimenting. I’ll continue tracking my food, but maybe I won’t worry so much if I’m edging up toward the 2,000 calorie range, as long as those calories are being used on good, healthy, nutritious foods to fuel my body and I’m staying active.

These are the thoughts that have been swirling around in my head for a few days. What do you think?