Okay, a year ago if you’d told me that I’d purposely run without something or someone chasing me, I’d have told you that you were crazy.  I tried running once or twice.  The first time I recall was in junior high – back in the days before it was called “middle school” – when my best friend and I decided we were going to try out for the track team.

One afternoon of running “suicides” in the gym took care of that crazy notion. 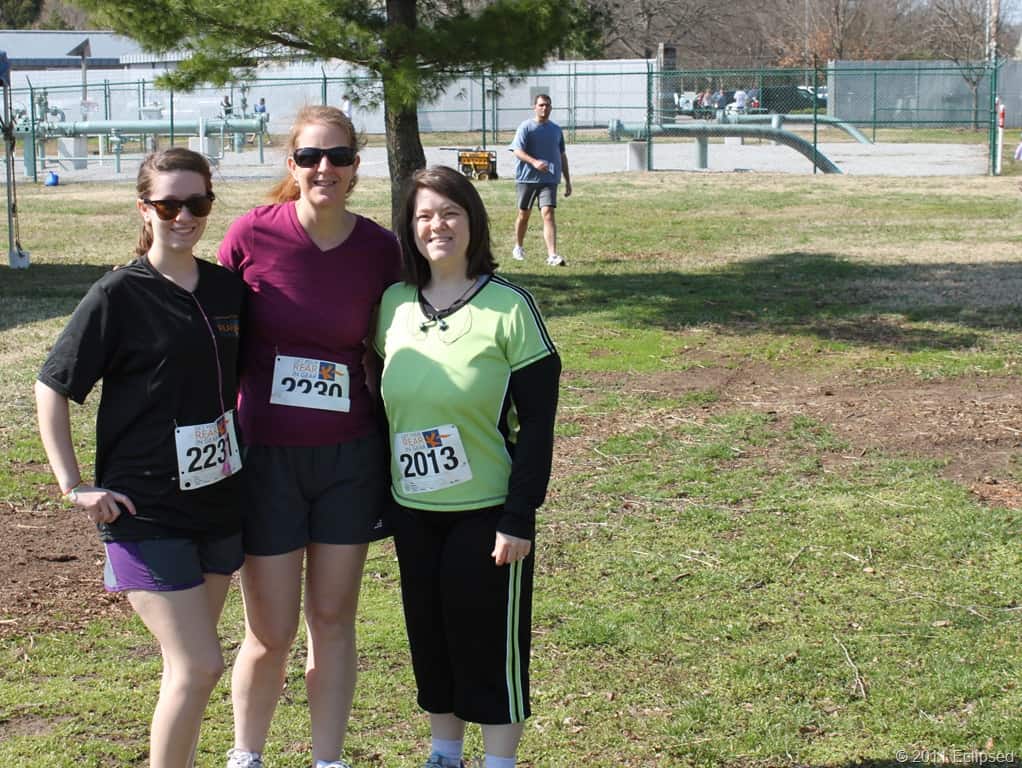 The next time was when I was in about 9th grade and my older step-brother moved in with us.  Visions of being the beloved younger sister of the cool older brother danced in my head, so I jumped at the chance to join him on his morning jog around the neighborhood.

I think I can still feel the pain of that stitch in my side and the wheezing, gasping of my poor, empty lungs. 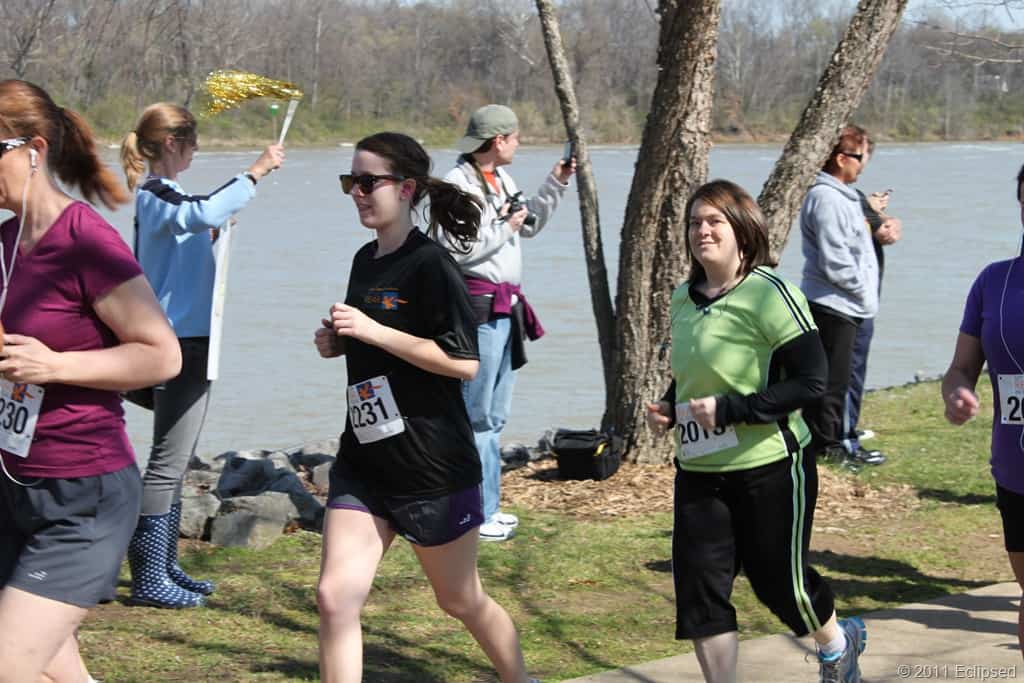 Imagine my surprise, a couple of months ago, when I was walking on the treadmill and this crazy thought popped into my head.  “You’re walking pretty fast.  It wouldn’t take much to break into a jog.”

With that beginning and an incredible dose of encouragement from a running friend (new to the sport herself, but not as new as me) who kept telling me, “It doesn’t matter how long, how far, or how fast, if you run, you’re a runner,” a love of running was born.

If it weren’t for Michelle’s encouragement, I never would have taken the plunge and signed up for my first 5K this past weekend.  I didn’t think I was ready.  She assured me that I was.  So, I took a deep breath and mailed in my early registration form, knowing that I’d talk myself out of it if I didn’t go ahead and pay for it. 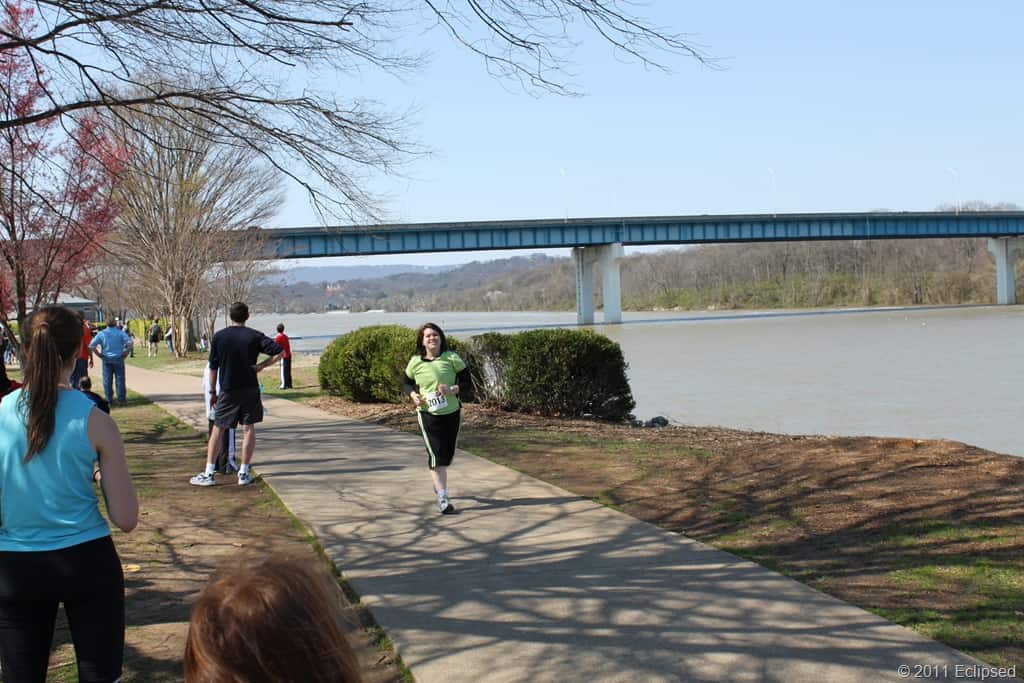 Then, I convinced Brian that I needed a cute new running outfit for my first 5K – I mean, seriously, who wouldn’t?  By the evening before the race, I was actually excited about it.  I tried not to set a time goal because I didn’t want to be disappointed.  My goal was to finish and not be last!

However, I was thinking 40 minutes sounded doable…but I was secretly hoping to do it in around 38 minutes.  Imagine my surprise when I passed the finish line clock at 37:15!  I was even further shocked to realized that we were in the second wave of runners to start, so my official time was less than that!

I finished my first 5K with an official time of 36:31…and an incredible sense of accomplishment!  I’m already planning for my next two, believe it or not!  I know there is one that I want to do on April 16 and I’d love to get another one in between now and then. 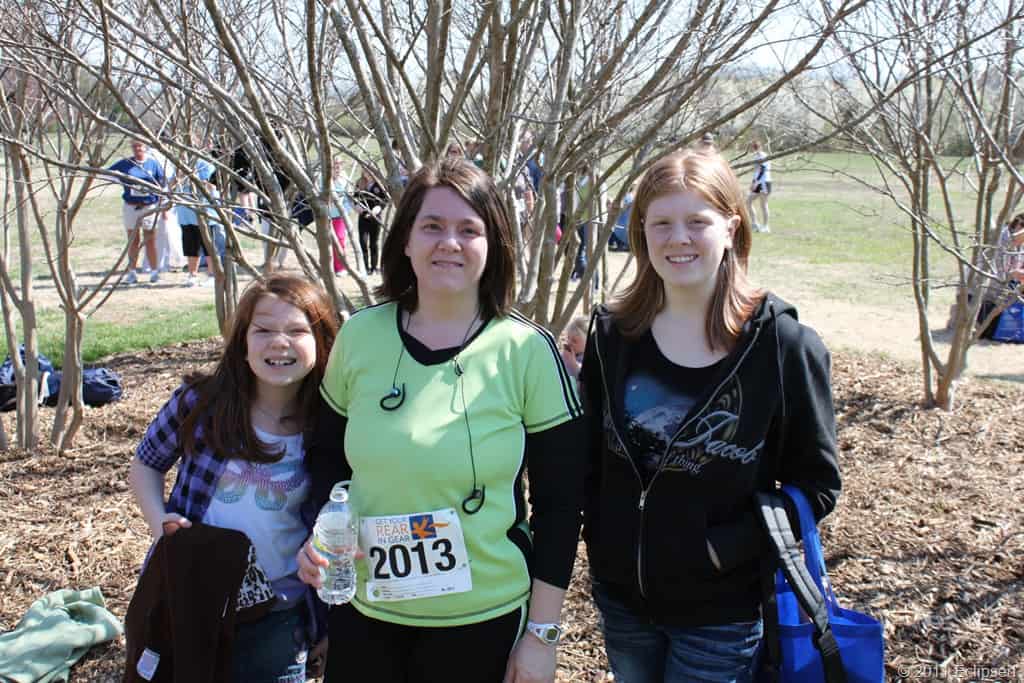 If you’ve ever thought about running, I encourage you to give it a go.  This is definitely another item on that “if I can do it, anybody can” list.  There was no way that 220 pound girl would have ever thought she could do this. I am so very, very thankful that I got on the treadmill that Monday before Thanksgiving 2009.  I had no idea, on that day, that my life would never be the same again.