Many of you will be studying the Civil War this year, either because you’ve come to that point in your history studies or because this year marks the 150th anniversary of the start of one of our country’s biggest battles. Of course, we probably should have started back in April. If you’re like me, though, “better late than never” works. 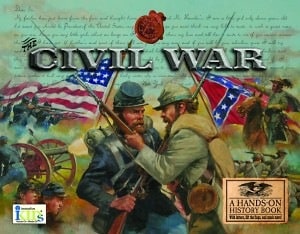 You know I’d be all over a book with “hands-on” on the front cover. Letters for Freedom: The Civil War is a hard-cover book published by the folks at innovativeKids, makers of a wide variety of hands-on, educational books, games and toys to get kids learning.

Letters for Freedom: The Civil War is written for kids ages 8 and up and features: 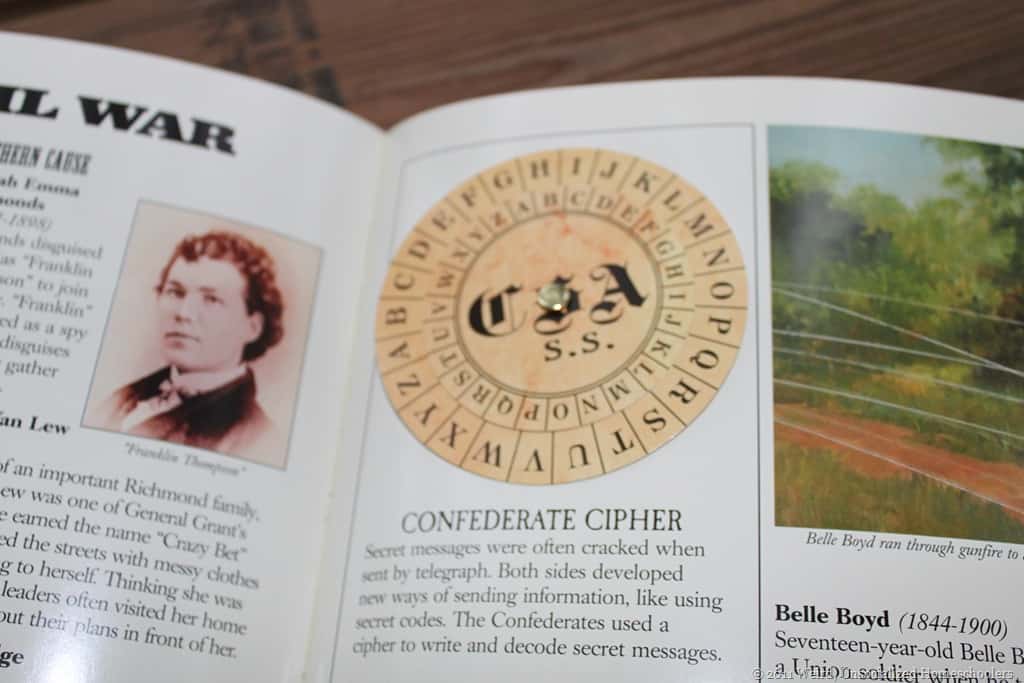 Megan was so excited when she saw the book. “Oh, can I look through it?” she exclaimed. She usually doesn’t get too excited about stuff that I review, but she loves the books with all sorts of envelopes from which to pull surprises and flaps to lift up. 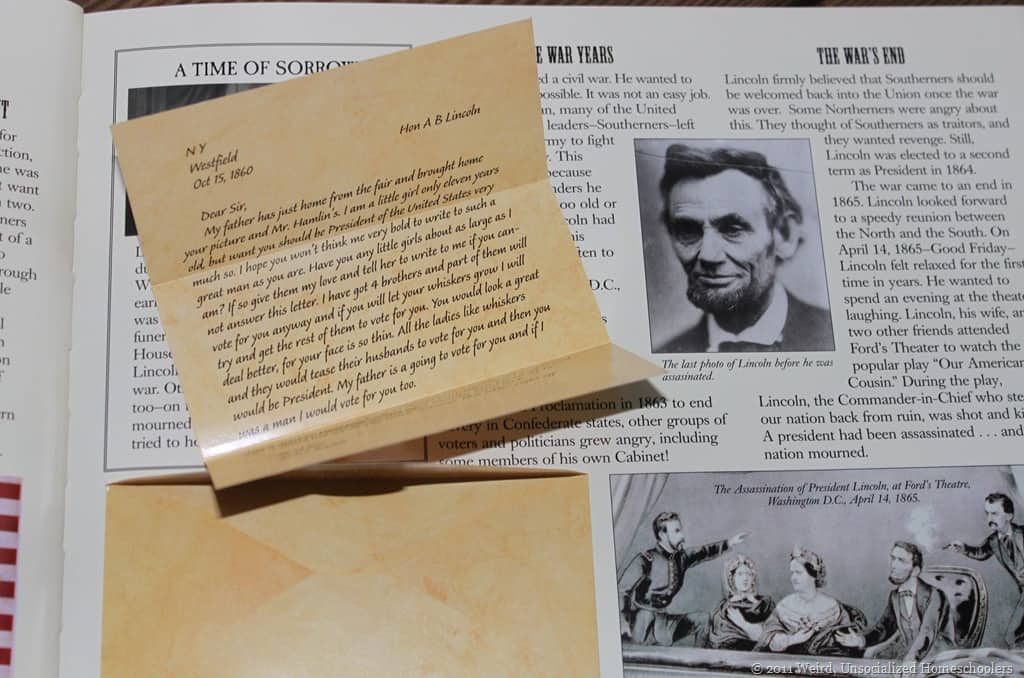 Letters for Freedom: The Civil War starts out explaining the slavery debate and the differences between life in the North and life in the South. It then explains the events leading up to the Civil War and highlights the major battles. 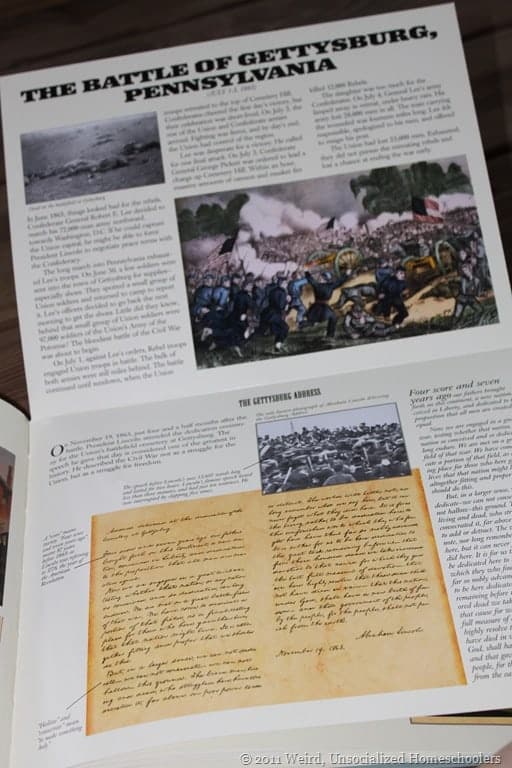 There is a two-page spread featuring the various uniforms of both the Union and the Confederate armies. The daily lives of Civil War soldiers is explained on the next two pages including: where they slept, their daily routines, what they did for fun, what they ate and what they carried in their packs.

Not only are the key players in both the Union and Confederate armies featured, but key African Americans are spotlighted, as well, along with the “unsung heroes” of the war between the states.

Letters for Freedom: The Civil War explains the key elements of this pivotal moment in American history in easily digestible nuggets for the youngest learners, while also providing good, solid information for older students.

If you’d like to add this book to your Civil War studies, you can find it at Amazon or other online retailers for a retail price of $16.99.

I received this product free for the purpose of reviewing it. I received no other compensation for this review. The opinions expressed in this review are my personal, honest opinions.  Your experience may vary. Please read my full disclosure policy for more details.
+ posts