The week started off slow. Nim wasn’t here for the first two days and, as anyone with more than one kid knows, the whole family dynamic changes when even just one kid is gone. So there was a very relaxed, low-key feel to the beginning of the week.

We’re finally getting to some more interesting topics in Story of the World, such as Charles the Hammer and his grandson Charlemagne. The girls colored some figures that we’re going to cut out and make into stick puppets so that the kids can retell the stories we read about Charlemagne. It’ll be a fun way to use the puppet stage we made a couple of weeks ago, not to mention being good review and a fun way to see how much they retained.

A funny side note about Story of the World: there is map work to do for nearly every chapter. This usually involves coloring in different areas indicating where the various people groups lived or what areas were ruled by whom. Lately Josh has gotten very particular about the colors he uses. Often the directions call for coloring a certain area what he deems to be a “girl color.” So, Josh’s maps don’t always look like everyone else’s. His are all colored with nice, dark, manly colors.

Science was interesting this week, too. We’re studying geology. I have a really nifty rock collection. When Brianna and I studied geology a few years ago, I asked people who were in a Yahoo group with me to send me interesting rocks from where they lived. I also had a local lady give us several rocks from her collection and I recently bought a set from a local “rock hounds” group. 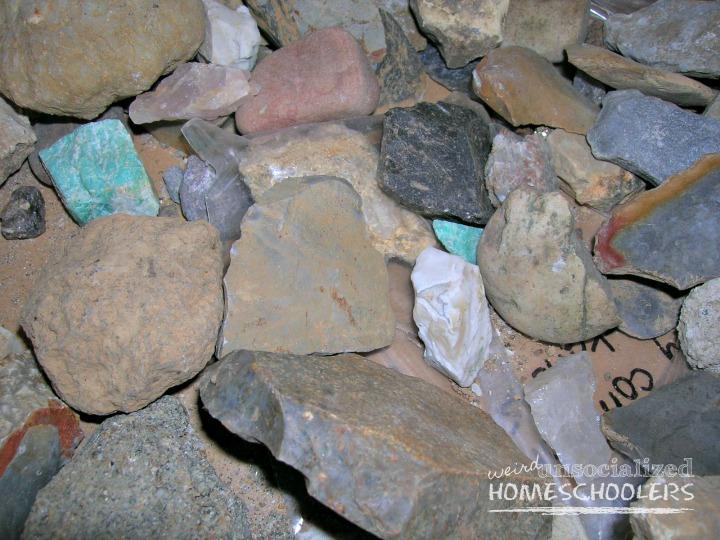 There’s only one problem. I have absolutely no idea what most of them are! I checked out a book from the library that I thought would help us to identify them, but it wasn’t as thorough as it looked to be when I glanced through it at the library. They did have an identification book that I’ll probably go back and check out this weekend, but I was a little disappointed that we weren’t able to identify more than we were. We did have some coal, some types of quartz, some fool’s gold and some flint, along with a few other identifiable stones.

The kids had a great time with the flint. We took it into the walk-in closet in my room where it was really dark so that we could see the sparks when striking the two stones against one another. The other really cool thing was that we had a rock that we suspected was a geode. So, we took it outside and cracked it open to see. It was hollow with some crystals inside and some dirt/rock-looking stuff. The kids thought that was pretty awesome. They wanted to know how much people would pay for our “diamonds.” 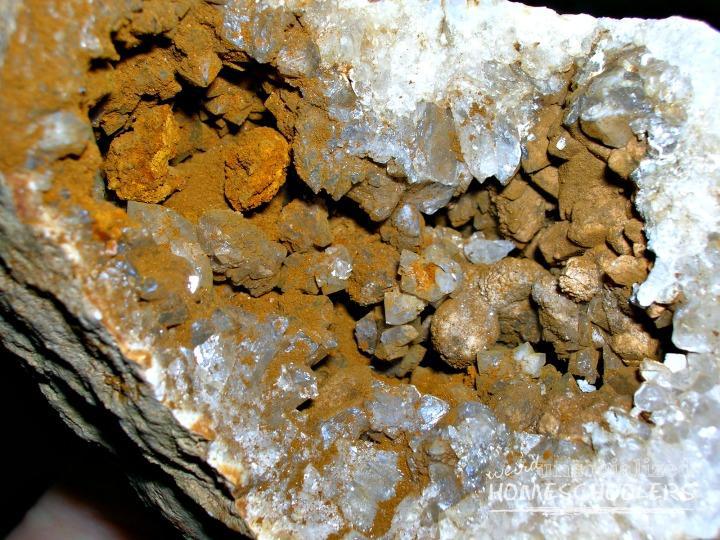 Wednesday was the kids’ music classes. When we came home we read Picasso and the Girl with a Ponytail by Laurence Arnholt as part of our on-going study of Picasso. That was another really interesting and mostly true story. I’ve been very pleased with the books that we’ve read about Picasso, so far. I’ve really liked that both of the books we’ve read have had factual information about the artist at the end of the book. I plan, sometime in the next week or so, to try our hand at making cubist art. 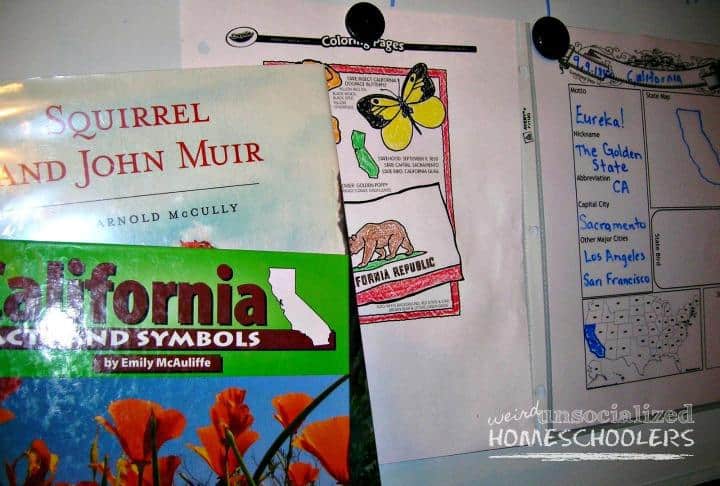 Today, we wrapped our week with another Fifty State Friday, by learning a bit about California. Because John Muir is on the back of the California quarter, we read Squirrel and John Muir, by Emily McCully. I admit that I had no idea who John Muir was before last week when I did lesson plans for this week. That’s one thing I really love about homeschooling: learning right along with the kids.

We also learned, thanks to this handy-dandy site of state facts and trivia, that Castorville, California is known as the “Artichoke Capital of the World.” As a matter of fact, in 1947 a little known woman by the name of Norma Jean was crowned Castorville’s first Artichoke Queen. You might know Norma Jean better as Marilyn Monroe. In keeping with my trend of capitalizing on little bits of state trivia, we made this delicious spinach artichoke dip. Mmmmm! 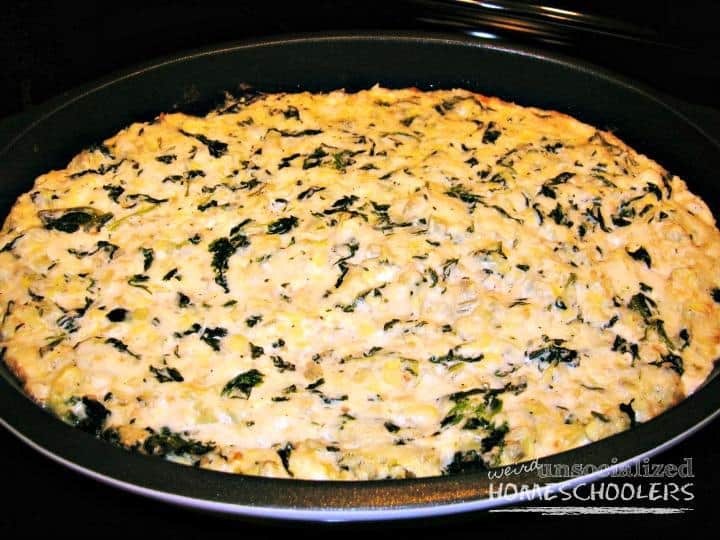 This weekend, I’ll be updating the kids’ sets of sight words. I’m so excited! Both Josh and Megan only have two or three words, out of fifteen, that they’re still having trouble remembering. With the trouble Josh used to have retaining words, that is nothing short of thrilling to me.

How was your week? Be sure to post about it and sign up with Mr. Linky. If this is your first time to join us, be sure to read the Weekly Wrap-Up guidelines.