Happy Friday! I hope you’ve had a great week. It’s been a pretty good one here, after a rough couple of weeks. We spent most of the week just trying to get back into the swing of things.

Monday was a little different. Brian and the kids went out to lunch with his parents. I don’t care for Chinese, particularly the day before a weigh-in, and I do care for the occasional few hours at home alone, so I stayed here and enjoyed some peace and quiet.

After they got home, we finished school and had an early supper so that Megan, the only kid who wanted to go, could trick-or-treat. Brian and I walked with her and had a mini-date while our little pirate girl collected nearly four pounds of candy.

Tuesday and Wednesday were pretty ordinary, as far as school goes, just catching up on things. Tuesday evening, Megan wanted me to color with her and even Brian got in on the action. He’s such a good dad. He colors quite well, too. 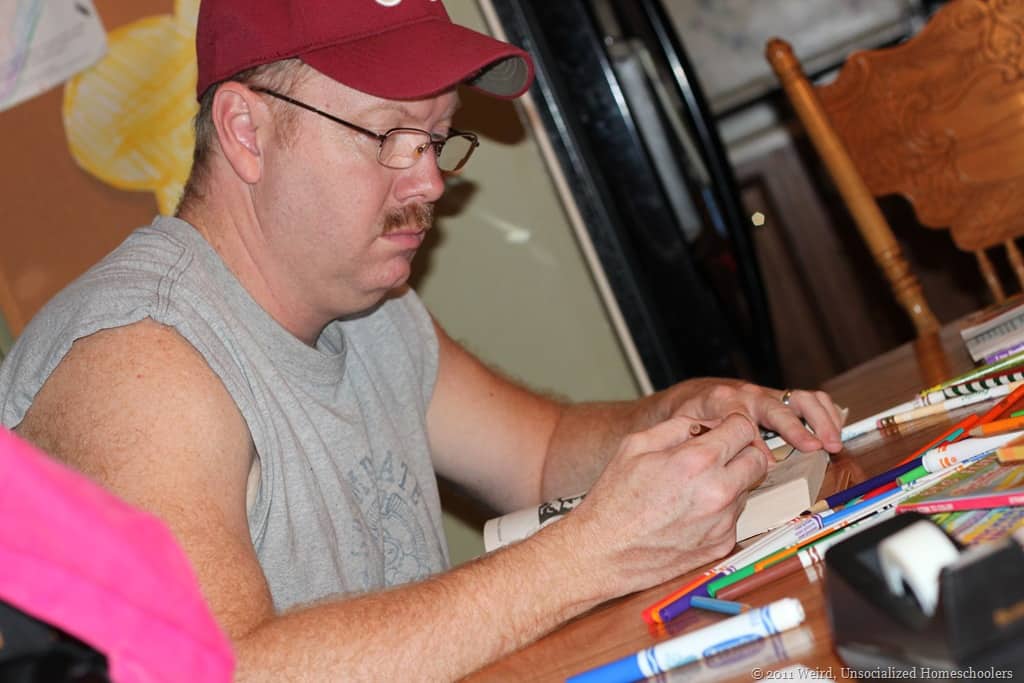 I was blessed to spend some time with friends Wednesday night. After losing Christina, many of us have made a commitment to put relationships first and live with no regrets. It was nice to have dinner with two of my dear friends.

Brian and the kids didn’t mind, either, because I made them one of their favorite dinners that I never make anymore because it isn’t especially calorie-friendly. Plus, he took them out to the $1 movie place while I was gone. It was a good night for everyone.

We did do a fun science experiment to help understand how sedimentary rocks are made. It involved shredding (not as easy as it sounded) and melting crayons. 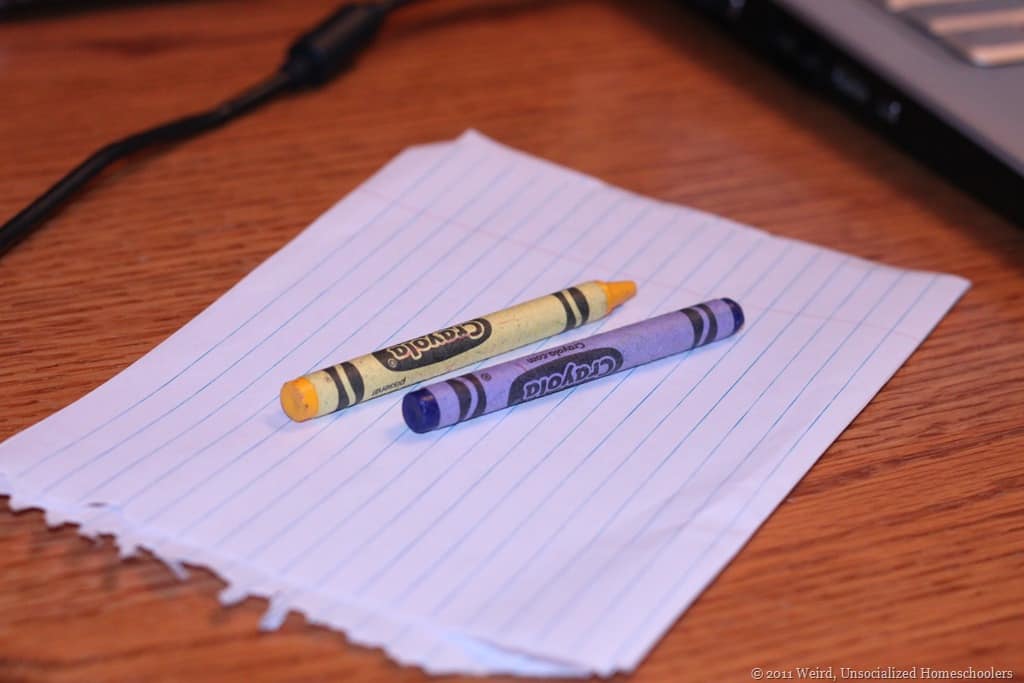 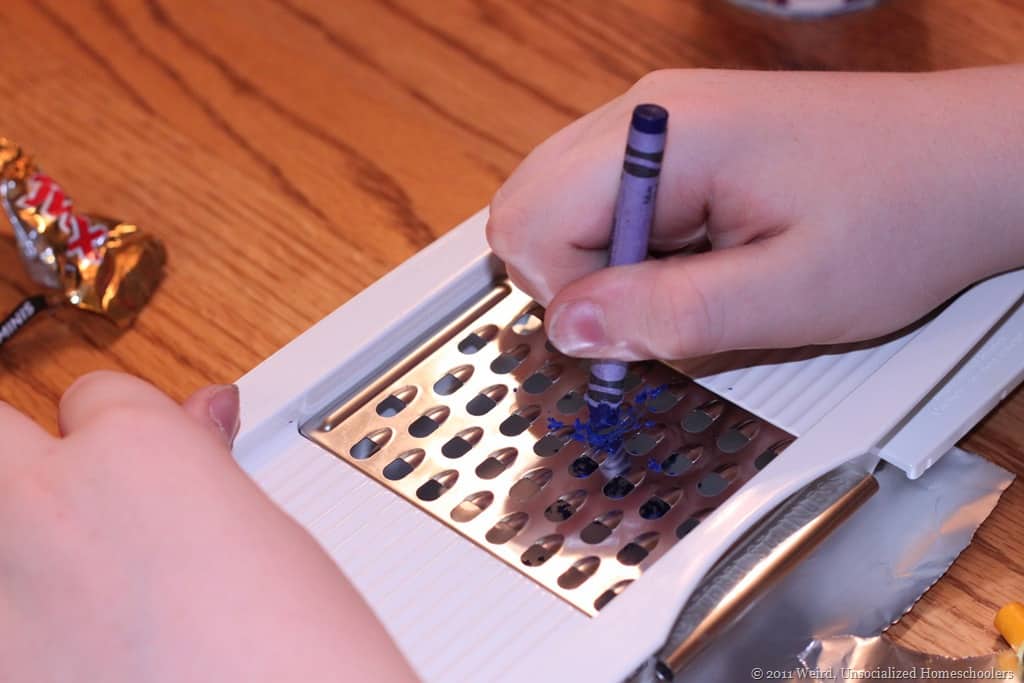 I think something happened to our cat, Gus, on Halloween night. I hate leaving the cats outside on Halloween because people can be so mean, but he didn’t come to the door to come in.

The next day, he just wasn’t quite himself. He wasn’t limping and I didn’t see any blood or signs of injury, but every time we touched around his hips or tried to pick him up, he cried out like he was hurt.

He came in Tuesday and laid on the same spot on the couch (unless he was lying in someone’s lap) for about 12 hours. We let him stay in overnight and he was still in the exact same spot when I got up the next morning.

He was ready to go outside shortly after that, though, and no longer acted like he was hurt. I guess he was just sore from something…and I will admit to praying for him. Yes, a cat. I felt a little silly, but I love that crazy cat. 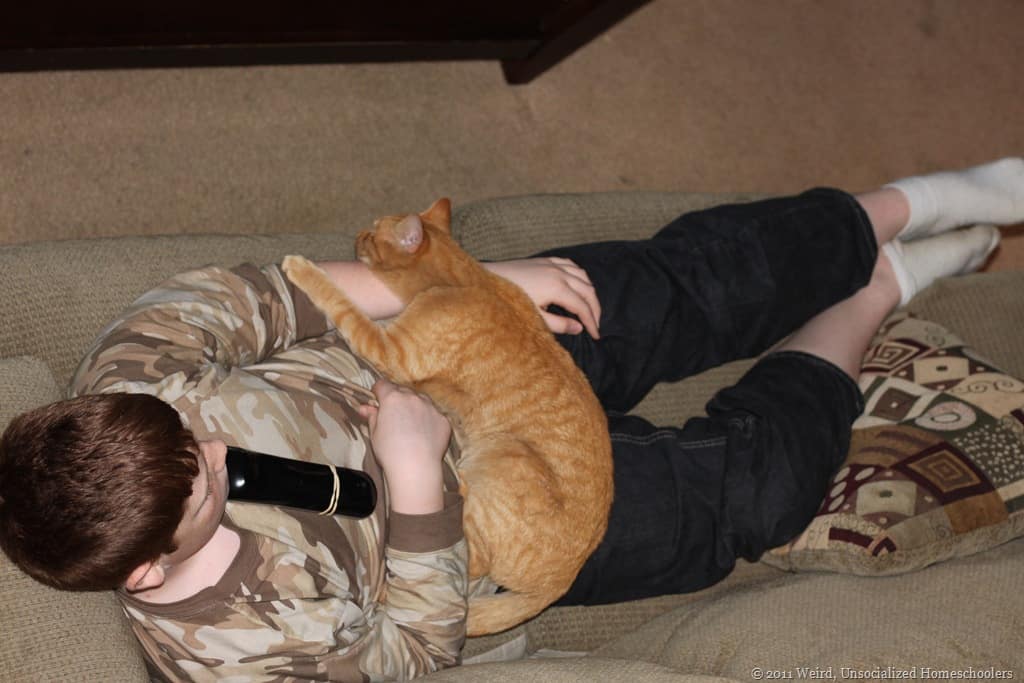 He loves lying in laps. He even climbed up into Megan’s lap when she was sitting on the tiny little stool in the kitchen and managed to curl up in her lap. Of course, she had to hold him so he wouldn’t fall off, but he didn’t mind…and neither did she. 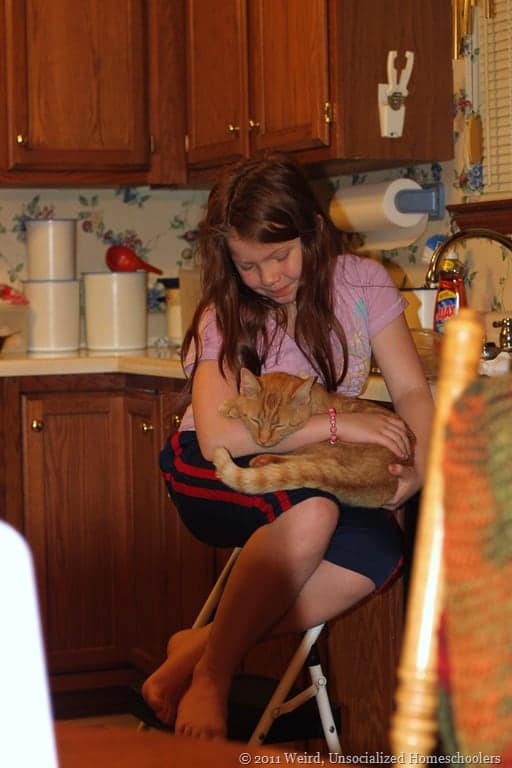 And, this was where I found him today…on the heat vent! 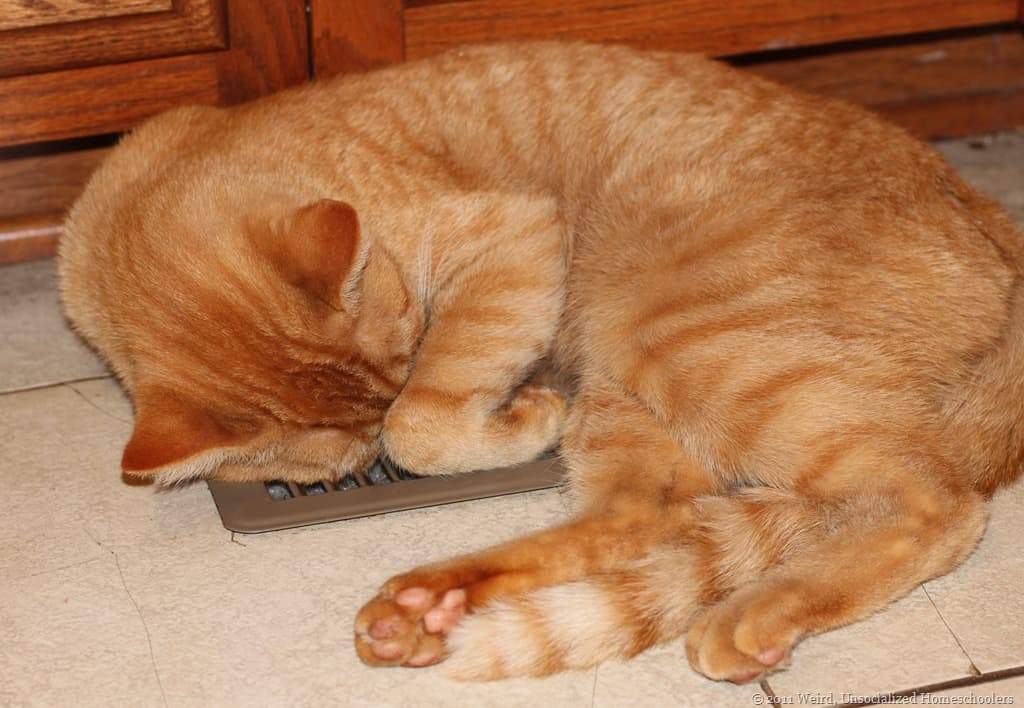 Crazy animal. I thought it was so cute that he buried his nose up under his arm.

Today, Brianna is at an anime convention. She is totally into anime and everything Japanese. Brian took off work to take her. He just sent me a text saying that she saw the guy she wanted to see (a voice over actor) and was so excited! I’m so glad that she’s having fun.