Happy New Year! I hope you all have had a restful break and a wonderful holiday season with your families. Ours was excellent, but, as usual, it passed entirely too quickly. Brianna was off this week and the majority of last week. Brian wasn’t able to take off until next week, so I was a bit disappointed that we didn’t all get to enjoy a week off together, but we’ll take what we can get.

We spent Christmas Eve at my sister’s house with my side of the family. This year, we decided to do finger foods to give everyone a break from baking. It turned out great except that, as usual, we had way too much food. We said next year, we’ll have to limit everyone to two items. 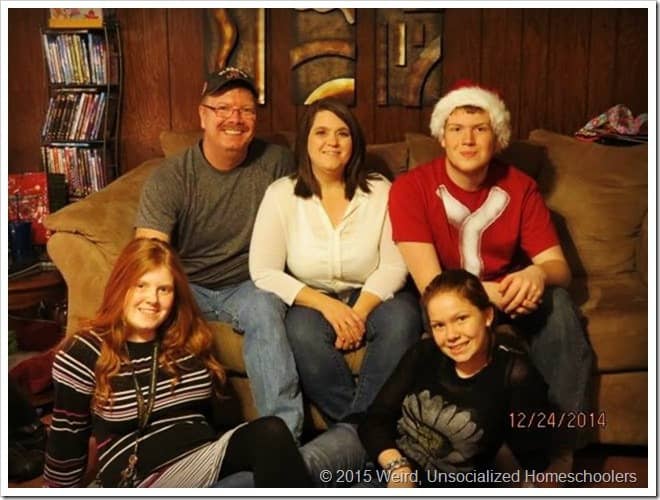 We always do a white elephant style gift exchange for the adults at my sister’s house. I think my favorite gift this year came from that gift exchange – a set of Contigo tumblers, which I’ve been using to mix my Spark in the mornings. As soon as my cousin opened them, I told him not to get too attached to them because I’d be stealing them as soon as it was my turn. {grin} 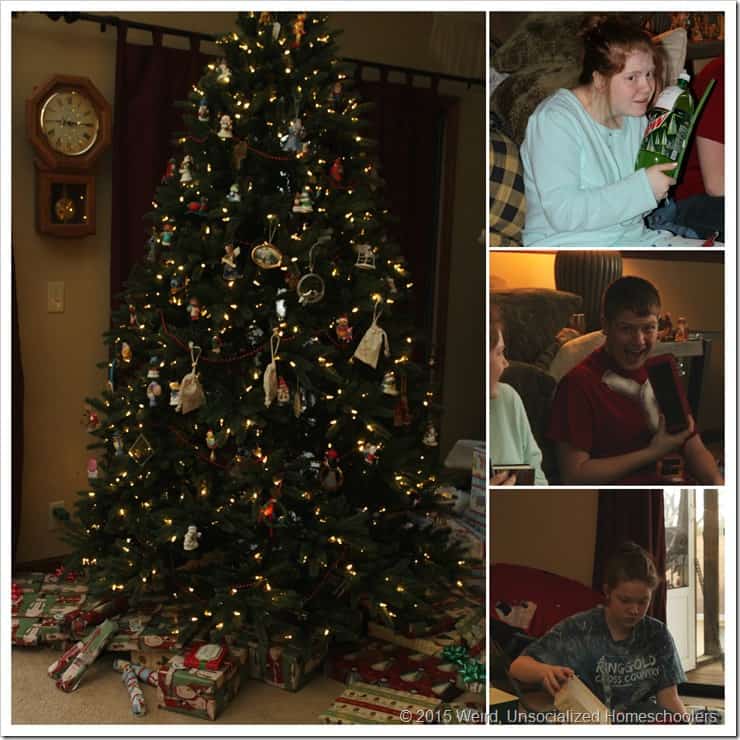 Brian got me a new desk chair. Unfortunately, it was really uncomfortable, so we returned it. I think I may just have to deal with my pitiful-looking chair because it is so super-comfortable. I did find one at Staples that might possibly make a good replacement, but it was kind of pricey. It’s hard to convince myself to do kind of pricey when I know the cats are going to pick it with their claws.

The kids had a great Christmas. We managed to really surprise two of them. Josh got a guitar a few weeks ago and we told him that was going to be his Christmas present. (He got it early because he had two shows in December and he accidentally overheard a conversation he shouldn’t have and knew he was getting it.) I’m a sucker, though, and couldn’t let him not have anything to open on Christmas morning, so I was excited to find a great deal on Amazon for a pedal he’s been wanting.

We got Megan a pair of Beats headphones (another Amazon sale). That was totally my idea from right after Thanksgiving, even though she hadn’t asked for them. Four days before Christmas, she mentioned that she’d have to start saving for a pair because she really wanted them, but she knew they were too expensive. Yeah, they were already wrapped, under the tree, in a shoe box. She was totally fooled.

The photo above (all my Christmas morning photos were either too dark with my LightScoop or too bright with the flash {sigh}) captured the moment when she saw the box, but couldn’t believe she was really seeing what she thought she was seeing. They’ve hardly been off her ears since she got them.

We weren’t able to surprise Brianna this year because there wasn’t much she wanted. However, we did give her one gift that made us all laugh – and she loved it. She got her own personal 2-liter Mountain Dew with a giant straw. 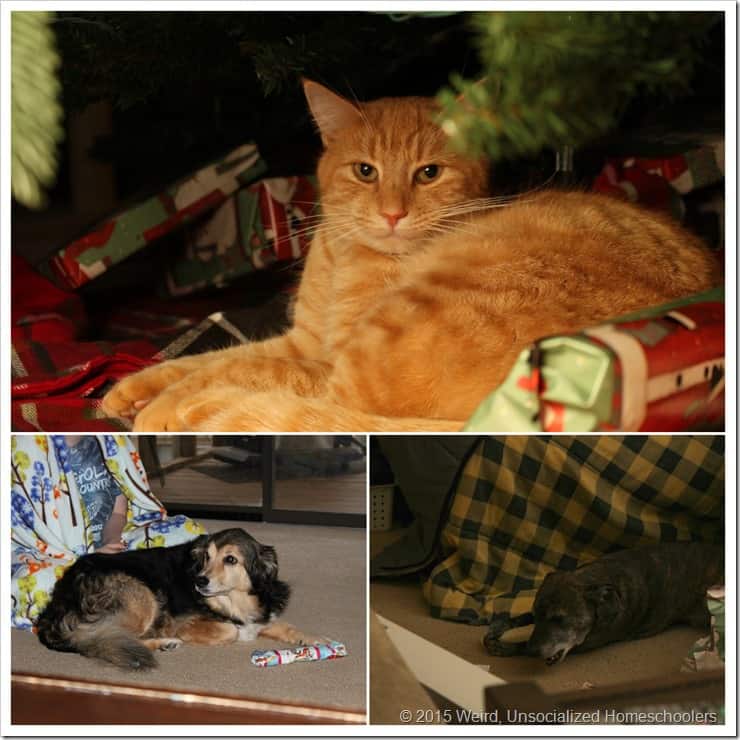 The creatures enjoyed Christmas, too. Brianna always gets the dogs some chew bones and the cats some treats. The dogs always know the bones are there, too, and patiently wait their turn for their gifts.

I’m not one for buying gifts for pets, but I did buy our cat, Luna, a box of Nerf darts. She has one that she unearthed from somewhere and she’s destroyed it playing with it. I thought she probably wouldn’t play with the ones I purposely bought for her, but I was wrong. She loves them.

We spent Christmas Day with Brian’s family, though Brianna had to go in to work at 3:00 (one of the cons of working at a movie theater). We went to visit Brian’s grandmother, who fell a few weeks ago, at the rehab center and almost got T-boned by a fire truck on the way. Yes, seriously. It was one of the scariest things that has ever happened to me.

We were going through an intersection on a green light and the fire truck was coming the other way through the red light. Because we were downtown, it was hard to hear it between the buildings. I saw it just before Brian did, but couldn’t say anything quickly enough. He slammed on the brakes, but we slid right in front of it. Once he realized he couldn’t stop, Brian just gunned it. I really don’t know how it missed us. I am so very thankful we’re all okay. It would have been very bad for at least Josh and I if we’d been hit.

We usually don’t do anything special for New Year’s Eve, but I tried to be a little more exciting this year. I got some decorations and noise-makers, and planned a menu of favorite finger foods. Brianna wound up going out with friends and Megan went to spend the night at my mom’s with my niece. Brian, Josh, and I still had fun, though. We played Wii games and hung out. Plus, our party had a DJ and live entertainment. {grin}

Next week was supposed to be back-to-school, but Brian’s taking off to do the painting that we didn’t have time to do during our break – at least Josh and Megan’s rooms and maybe ours, too. I’m thinking we may do math, grammar, and reading, at least, since painting won’t take all of our time, but we’ll see how it goes.

I hope you’re all having a wonderful start to your 2015!