Happy Friday, y’all! I can’t believe it’s May already. I won’t lie; it’s been a good school year, but we’re still counting down the days until summer break. We’ve only got two weeks left. I can’t even wrap my mind around that.

We’re thinking about making some big changes next year and taking a much more interest-led approach. Although my kids like workbooks well enough, I’m really tired of feeling like we’re trying to cram information that they don’t care a bit about down their throats. 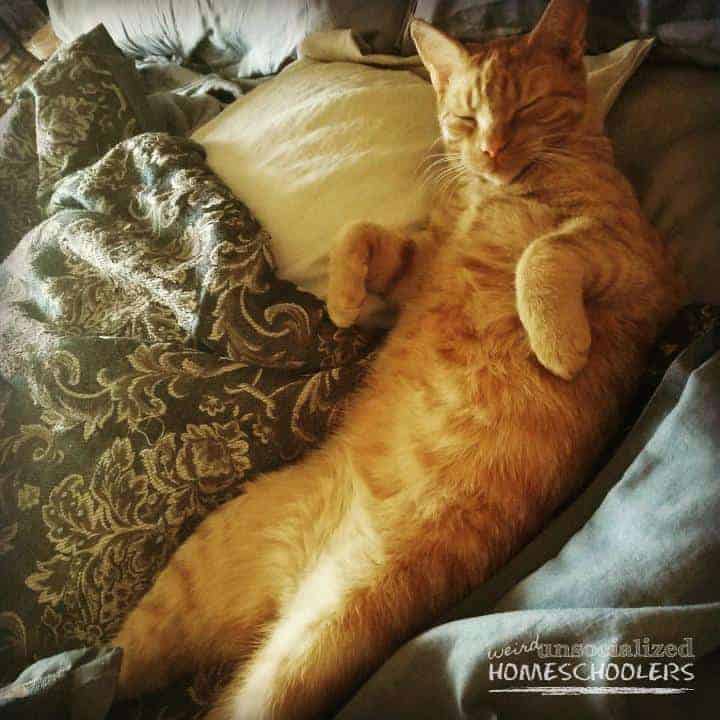 There is just no describing the level of rottenness with this cat.

They’ll still be doing math with Teaching Textbooks – well, Megan, at least. I may be looking for a business math course for Josh. He is very interested in pursuing a business degree and opening up a restaurant franchise. I’m hoping to arrange for him to talk to a guy at church who is a franchise owner so that Josh can get a good feel for what kind of education he needs if that’s he decides to pursue that avenue.

He is also very interested in auto mechanics. We’re hoping to allow him to pursue that in a more hands-on approach by making mods on the Mustang that he plans to buy from Brian in a couple of years.

Brianna got some exciting news this week. Although we set the bar pretty low with cosmetology school (those words are dripping with sarcasm, just in case you didn’t catch that), I am so stinking proud of her for pursuing the job she really wanted – and getting it!

There is this one salon that she’s really had her eye on. They just do up-dos and blow-outs, which is what she’s most interested in, along with make-up. She applied, then she was persistent (no, not obnoxious) about checking in with the manager and letting her know how much she really wanted to work at the place.

The manager really liked her and interviewed her last week. This week, she had a second interview with the owner. Both of them were impressed with Brianna and saw potential, but thought she needed more experience and some training, which she does because she’s fresh out of cosmetology school.

So, they offered her an apprenticeship position. The manager is going to be working with Brianna one-on-one to get her trained and ready to go onto the floor as a stylist. She said the timing all depended on how quickly Brianna learns, but they’re anxious to get her trained.

This was instead of the front desk position they did mention offering her, so that tells me that they really saw her potential as a stylist. I am so proud of her for going after the spot she really wanted and demonstrating the she’s right for the position.

Because I recently had someone find my site with the search question, “Do homeschoolers have a more difficult time finding jobs,” I asked Brianna if if it had come up during the interview that she was homeschooled. She said it did. It was something that was just mentioned in passing and seemed to have no bearing on the job offer, positive or negative.

Brianna has probably had just over half a dozen or so interviews in her lifetime and has been offered 5 of those jobs, so I’d say that being homeschooled has not negatively impacted her job opportunities.

I also made Josh a happy kid this week. I bought tickets for him and Brian to go see Guns N’ Roses this summer. Josh is a huge fan of Slash, the guitarist.

I told Josh that I never dreamed way back when I was 17 and jamming out to Paradise City on cassette on my way home from my job at Wendy’s that decades later I would have a teenage son excited to go hear that same group in concert. 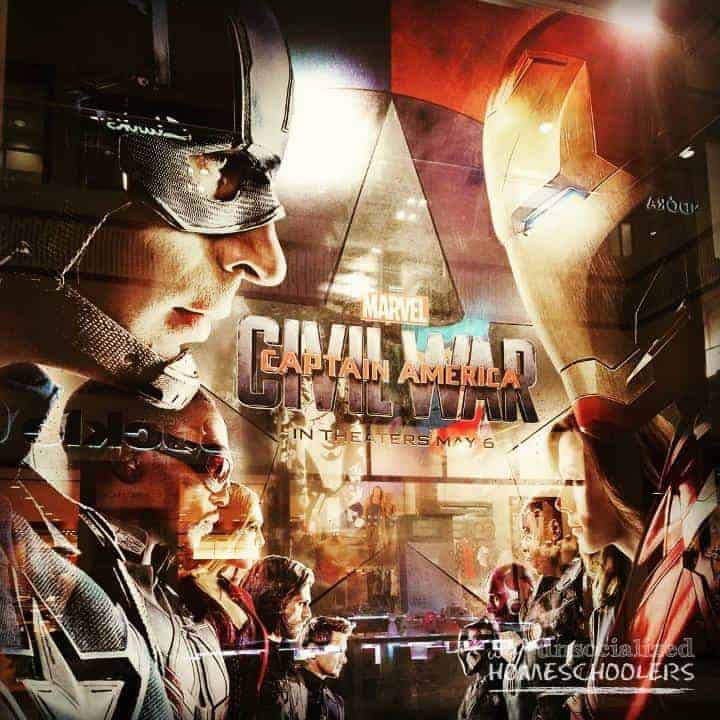 Megan dragged me to the mall the other day and I got way too excited to see this.

Now, I’m looking forward to a laid-back weekend after a busy one last week. My big plans are to take a nap for Mother’s Day and hopefully go see Captain America. I’m Team Cap, by the way, though really, as in real life, I just want everyone to play nicely.