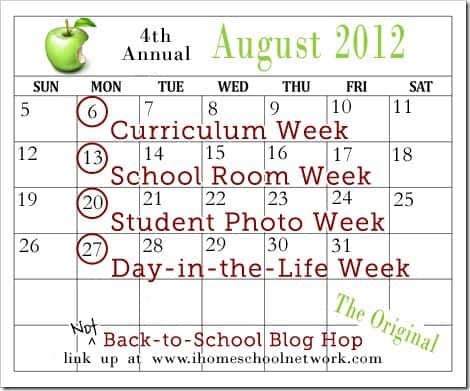 This first week is curriculum week. You can check out my 2012-2013 homeschool curriculum page to see what all we’ll be using this year. I’ve got everything figured out but foreign language for my oldest. She wants to learn French. Any suggestions besides Rosetta Stone?

What will you be using this year? Be sure to stop by iHomeschool Network to link up!