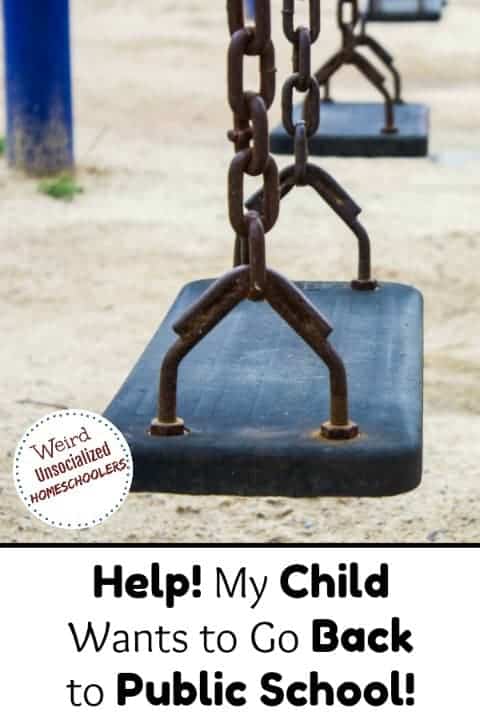 What do you do when your previously public-schooled homeschooler says he wants to go back to public school?

It’s a statement that often sends parents into an understandable state of panic. I mean, it’s hard enough to decide to homeschool in the first place. Then, there’s the second-guessing that you naturally do yourself, and now your kid wants to go back to public school?! 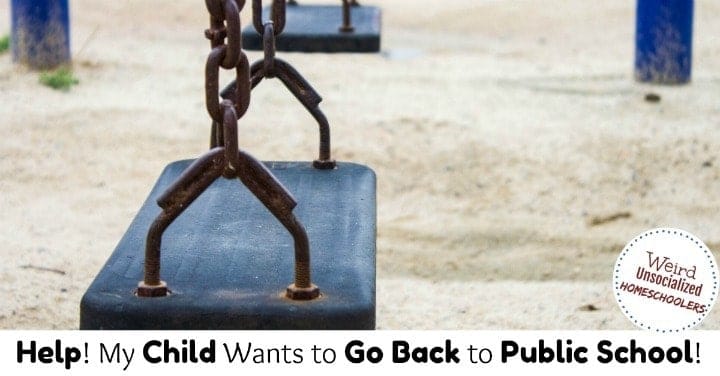 What do you do? Is your child missing something that you can’t provide? Have you made the wrong choice? Are you doing something wrong? It’s difficult not to take the “I miss school” announcement personally.

The first thing I would suggest is to get your child talking. Why does she want to go back to school? What is he missing? And, sometimes you have to listen beyond what he’s saying to what he may not be saying. You also have to be prepared for some off-the-wall answers.

My oldest went to public school for two years. She was totally onboard with homeschooling when we began. However, it wasn’t long before I heard, “I want to go back.” What was she missing?

Well, friends are pretty much a given (and usually a hard answer for a mama’s heart to hear), but then there were the other things — the big playground, class parties, and – are you ready for this one? Square pizza. These things weren’t deal-breakers to me, but they were significant in the mind of a seven-year-old.

I alleviated a bit of the friends problem by inviting over former classmates for play dates and introducing Brianna to homeschooled friends. However, play dates aren’t quite the same, and new friendships take time to grow.

You also have to keep in mind that when you begin homeschooling, you’re doing something totally foreign – usually for Mom, and the child. I often tell new homeschoolers to give homeschooling at least one year. This entirely new lifestyle is an adjustment for everyone involved. Like any significant change, it takes time to adjust.

Brianna seemed relatively happy at home and was flourishing academically. However, as Christmas approached and she continued to express a desire to go back to publ school, I finally did something that turned the whole thing around for us.

I sat down with Brianna and we made two pros and cons lists — one for homeschool and one for public school. I even added some of my own pros and cons to each to get the ball rolling.

Edited to add: Brianna maintained the “time to eat” pro for homeschooling all the way through graduation.

After Brianna and I were satisfied that we’d thought of all we wanted to include, we began talking about what we could do about the items on the list. For example, there was absolutely nothing we could do about public school starting at 8:00, but we could change the fact that homeschool didn’t have square pizza. Um, yeah, I was totally up to making pizza in a rectangular pan if that’s what it took to make this homeschooling thing work.

And, that big playground? Well, the one at the local park is pretty darn big.

By the time we’d finished discussing the list, we both agreed that homeschooling was the better deal. A lot of parents may not agree with this, but that first year was a trial run for us, so I let her make the call. She decided that there was definitely more we could do to influence our homeschool experience positively.

We decided to stick homeschooling out for a while. Shortly after this experience, we got plugged into a fantastic homeschool group. Brianna met a girl who is still her best friend, and we’ve never looked back.

The kid who used to be concerned about square pizzas and big playgrounds is now the kid who has been known to try to convince total strangers that they should homeschool their kids. (Yes, it’s encouraging, as a mom, but often a little embarrassing, too!)

So, if you ever hear those dreaded words from your homeschooled child, remember: try not to take it personally. Get them talking and listen to what is really going on. Give everyone some time to adjust.

Ultimately, however, remember, you have to do what you think is best for your child — be that homeschool or a more traditional school setting. You know your child better than anyone else. If you do what you genuinely feel is right for your child, you’ll make the right choice for your family.

Has your homeschooled child ever want to return to (or try) public school? What did you do? 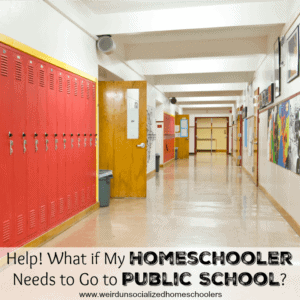 Help! What if My Homeschooler Needs to Go to Public School? 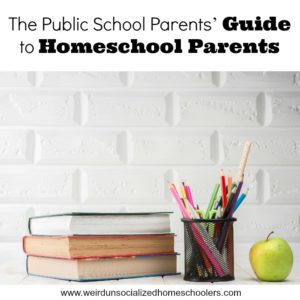 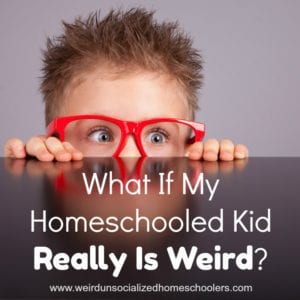 What If My Homeschooled Kid Really Is Weird?
+ posts