Last week, I told you about my morning routine. I also mentioned my teens’ schedules and alluded to the fact that they don’t really have a morning routine because morning is almost over by the time their day starts. 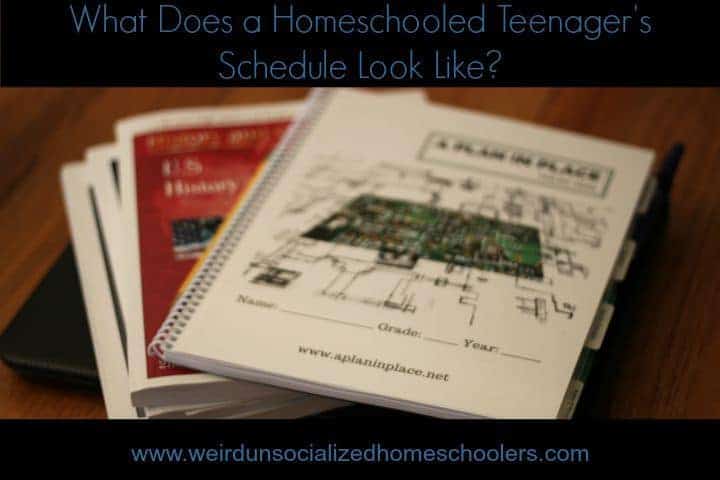 My teens’ schedules may alarm some of you, but they’ll probably relieve others. It should be noted that my attitude is that I don’t care when (during the day) they do their work or how they schedule it (other than daily practice of subjects that require it and math daily because doing more than that in one day would probably make their heads explode) as long as all their work is completed by Friday and isn’t slapped together.

Megan is my night owl. Like Brianna before her, she prefers to do the majority of her work after 11 PM when the house is quiet and her friends are offline. She typically does her reading, history, science, and language arts during the late night hours.

Math is a different beast and is always done in the afternoon. That way, she can complete all the problems that she can do without assistance and come to me for the ones she’s unsure about. She’s also been doing the ASL course in the afternoons, too, and practicing throughout the day.

So, what time does my night owl get up since she works late into the night? {ahem} You probably don’t want to know that. I start trying to wake her up around noon for lunch.

However, often once she gets up I wonder why I was so worried about it because the majority of her work is already finished from the night before.

Do I worry about how she’s going to manage to get up at a decent hour when she gets a job out in the “real world”? Nope. Brianna was the same way. Now, she has to be at cosmetology school by 8:30 every day. Like, seriously, because they lock the doors at 8:30 and if you’re late for school you just have to wait until they unlock the doors at 9:30.

Brianna has never been locked out. She sets her own alarm, gets herself up, and prepares her own breakfast and lunch before heading out the door each morning.

Both Brianna and Megan are perfectly capable of getting up at a more mainstream time when the need is there. Brianna has now gotten accustomed to going to bed by 11:30 most nights. Megan will adjust, too, when she needs to. If not, there are always 2nd and 3rd shift jobs. Somebody has to work them.

Josh is typically up between 11:00 and 11:30 AM. He wakes easily, but is so not a morning person (like his mother). I don’t speak to him any more than I have to until after lunch. He does the subjects that require the least amount of thought before lunch. For him, that’s usually language arts, reading, and science.

We take a long lunch and usually resume school by 2:00. That’s when Josh tackles everything he didn’t do before lunch. Like Megan, he does math in the afternoon so that I’m available to help explain difficult concepts. I’m getting pretty good at algebra, y’all. (Sadly, I find that Josh’s algebra comes more easily to me than Megan’s 8th grade math. I don’t understand how that can be.) 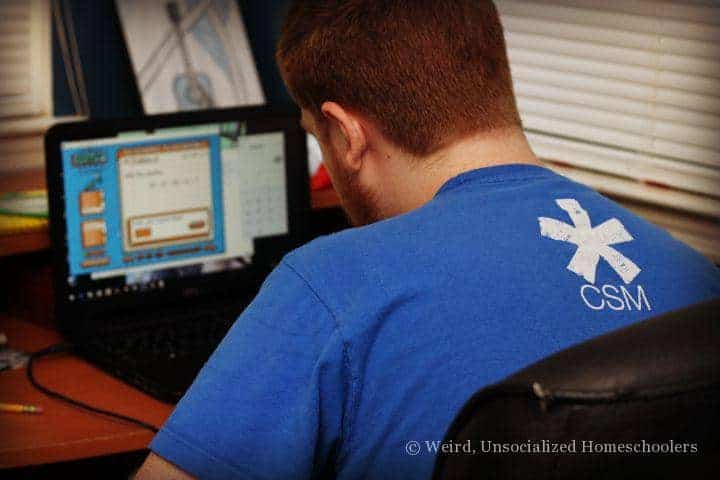 So, does that late start and long lunch mean late afternoons for Josh? Yes, usually. I don’t think it’s any different than kids coming home and doing homework after school, though, so it doesn’t bother either of us.

What I like most about my kids’ schedules is that they’re taking ownership of their education. They’re discovering the times that they’re each most efficient and capitalizing on that. They’re both scheduling out their own day in their planners and making sure their work gets completed. Those are excellent time management and organizational skills.

Of course, that doesn’t mean that I don’t have to sometimes remind them to check their planners or nag about schoolwork. They are teenagers. But for the most part, they have become pretty adept at managing their day.

Do you have teens? What does their schedule look like?

This post is linked to the Hip Homeschool Hop and Finishing Strong.