God’s been working on me a lot lately. Like really a lot. It’s been a lot of little things that have added up to some big changes in my attitude and my outlook on life and my role as a Christ-follower. 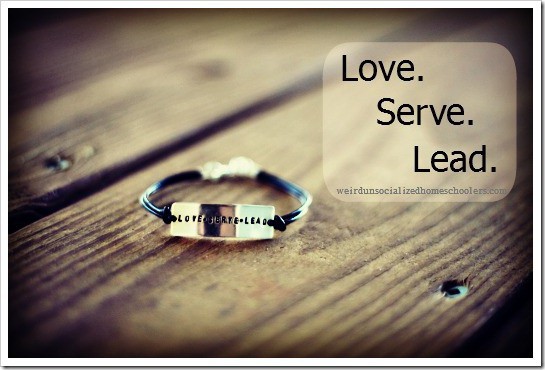 Several months ago, our worship leader preached one Sunday morning when our pastor was out. He talked about how to study the Bible. I’ll admit, he didn’t go into as much detail as I’d have liked. There was no 10-step plan that I could neatly write down in my notes.

He said a couple of things, though, the started a chain of events. First, he said:

The Bible wasn’t written to give us little nuggets of wisdom for our day.  It was written to point us to Jesus.

He went on to suggest that,

And somewhere in there, it was suggested to start with the Gospel of John. Since I’d just started using the SOAP method of Bible study with the kids, I decided that John would be a great book for us to read.

Now, I’m here to tell you, I’ve been a Christian since I was 13. I’d hazard to guess that the first Sunday of my life was probably spent in church somewhere. But, Jesus has revealed more of himself to me in these last few months (we’re taking it slowly) reading through and unpacking the book of John with my kids than I can recall ever learning at any other point in my life.

The big thing that God has showed me is what my role in His plan is: Love. Serve. Lead.

That’s it. It’s that simple.

At this, those who heard began to go away one at a time, the older ones first, until only Jesus was left, with the woman still standing there.  Jesus straightened up and asked her, “Woman, where are they? Has no one condemned you?”

“I have no husband,” she replied.

Jesus said to her, “You are right when you say you have no husband. The fact is, you have had five husbands, and the man you now have is not your husband. What you have just said is quite true.” – John 4:17-18

If anyone hears my words but does not keep them, I do not judge that person. For I did not come to judge the world, but to save the world. – John 12:47

If I’m following the example of Christ, my job, first and foremost, is to love. Everybody. Period.

Jesus served. Not only did he serve, but he pointed out that he did so as an example for us to follow.

When he had finished washing their feet, he put on his clothes and returned to his place. “Do you understand what I have done for you?” he asked them. “You call me ‘Teacher’ and ‘Lord,’ and rightly so, for that is what I am. Now that I, your Lord and Teacher, have washed your feet, you also should wash one another’s feet.

I have set you an example that you should do as I have done for you. Very truly I tell you, no servant is greater than his master, nor is a messenger greater than the one who sent him. Now that you know these things, you will be blessed if you do them. – John 13:12-17

Jesus expects me to follow his example and serve his people. (Hint: “His people” aren’t just those who call themselves Christians.)

Okay, this last thing wasn’t something I noticed Jesus doing, but it was something that his disciples did and I believe it’s something he expects of me as a Christ-follower.

Jesus’ disciples led people to him. I’m not talking about the “Christianese” word “lead” which would imply that I’m evangelizing and leading converts in a prayer of salvation. Not that there is anything wrong with that, but, if we’re not careful, that can start tiptoeing into some very dangerous territory in which accusations of “pushing religion” on people might start getting thrown around.

No, the kind of leading I’m thinking of looks a lot like introducing people to the Jesus I love and serve, like several of the disciples did in the early part of John and like the woman at the well did later on in the same book.

Andrew, Simon Peter’s brother, was one of the two who heard what John had said and who had followed Jesus. The first thing Andrew did was to find his brother Simon and tell him, “We have found the Messiah” (that is, the Christ). And he brought him to Jesus. – John 1:40-42

Philip found Nathanael and told him, “We have found the one Moses wrote about in the Law, and about whom the prophets also wrote—Jesus of Nazareth, the son of Joseph.”

“Nazareth! Can anything good come from there?” Nathanael asked.

Then, leaving her water jar, the woman went back to the town and said to the people, “Come, see a man who told me everything I ever did. Could this be the Messiah?”

I think God expects me to introduce people to Jesus. Where the relationship goes from that point should be between the person and Him. I don’t think that means that I shouldn’t be ready to answer questions or support and encourage the growth of the relationship, but I can’t force it either.

That’s what God has been showing me that he expects of me: Love. Serve. Lead. I had the bracelet in the top photo made a couple of weeks ago, so that I can wear it as a reminder.

I wear it with the words pointed in, toward me, because they’re for me to read. They’re my reminder of how I should interact with those with whom I come into contact. If I can remember my role, I can stay out of the way of God the Father, God the Son, and God the Holy Spirit as each performs his role.

I can remember what my role is and what it is not and, hopefully, avoid driving people away from the very One I’m supposed to be pointing them toward.

What has God been showing you lately?