I wonder if poor math ever gets its feelings hurt. I mean, when you ask kids their favorite subject, math usually isn’t the answer. (And when it is, people have a tendency to act as if math fans are weird.) When the question is, “What’s your least favorite subject?” that’s when poor math usually gets some recognition.

Although it’s not my favorite, I don’t know why math gets such a bad rap. I mean, it’s one of only a few subjects that has a definite right or wrong answer. It’s logical, at least, even if sometimes difficult to work through.

I wonder if kids don’t get a bad taste for math when trying to learn the basic operations. I mean, let’s face it, the best way to memorize those facts is through practice, practice, practice. Even though, as an adult, it seems sort of fun to rise to the challenge of beating your best time in a timed math drill, drills and flashcards aren’t the epitome of excitement.

When my kids were little, I was always looking for ways to make math fact practice more fun. Now, there is a game that does just that – Ocean Raiders! 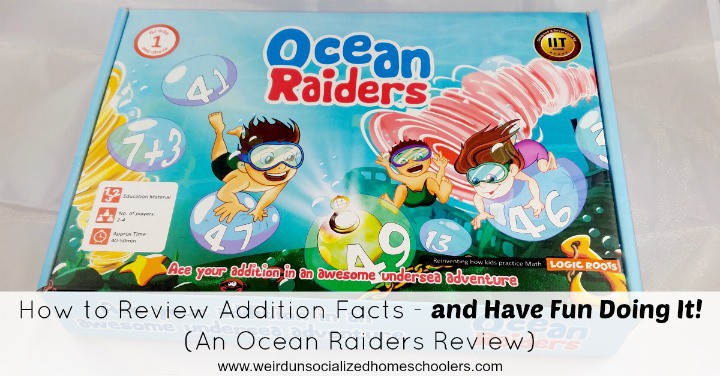 I received this product free for the purpose of reviewing it. I also received monetary compensation for the time invested in writing the review. The opinions expressed are my personal, honest opinions. Your experience may vary. Please read my full disclosure policy for more details.

What is Ocean Raiders?

Ocean Raiders is an exciting board game that allows kids to practice basic math skills while having fun. Y’all probably know that I’m a huge fan of learning through games. When my kids were young, I often repurposed familiar board games for learning activities. It was a bit tricky with math, though. I was limited in what we could cover with a standard, six-sided die, which often led to relying on flash cards even with the games. 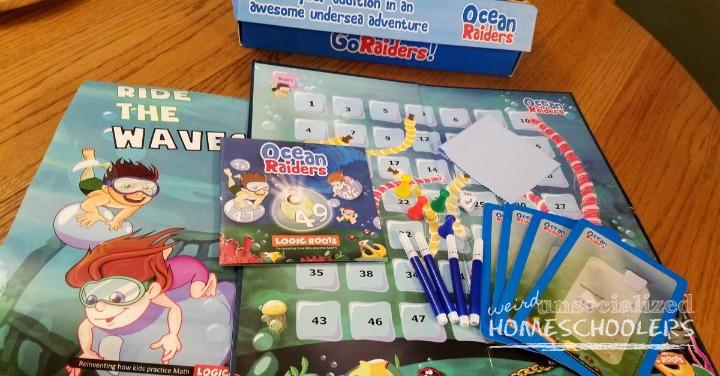 Ocean Raiders uses a colorful playing board and a ten-sided die to allow kids ages 4 –7 (approximately) to practice one and two digit addition facts.

I don’t think I’ve had a single person open the playing board and not comment that it is reminiscent of Chutes and Ladders. The playing surface does resemble the classic game, but it’s played quite differently.

Numbers 1- 49 are scattered randomly throughout the board, eliminating the predictability of the game. Kids roll the die and add the rolled number to their current spot on the board to figure out where to go next. The dry erase boards are included in case students need to write the numbers down to find the answer.

What do kids think of Ocean Raiders?

My kids are way beyond the intended target age range and often something that sounds fun to adults isn’t fun to kids at all. So, I enlisted the help of a friend who has two young boys. I wanted to know what kids thought of Ocean Raiders. 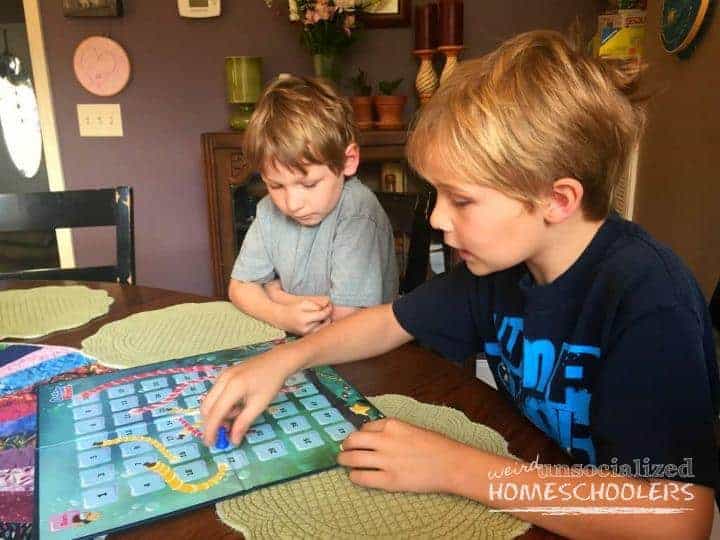 Here’s what Samantha had to say:

Sometimes math can be monotonous, and it is nice to have an activity that can reinforce basic math skills. Ocean Raiders has been a popular game in my house!

My kids, like most, are always up for a game, and the fact that this one required math was not a problem at all. The first day we had it, my boys were excited to see the game set up and ready for play, and they spent a good part of the morning playing. My younger daughter, who is 11, also joined in. Although Ocean Raiders is listed for younger children, it was still helpful and fun to have an older sibling play along. 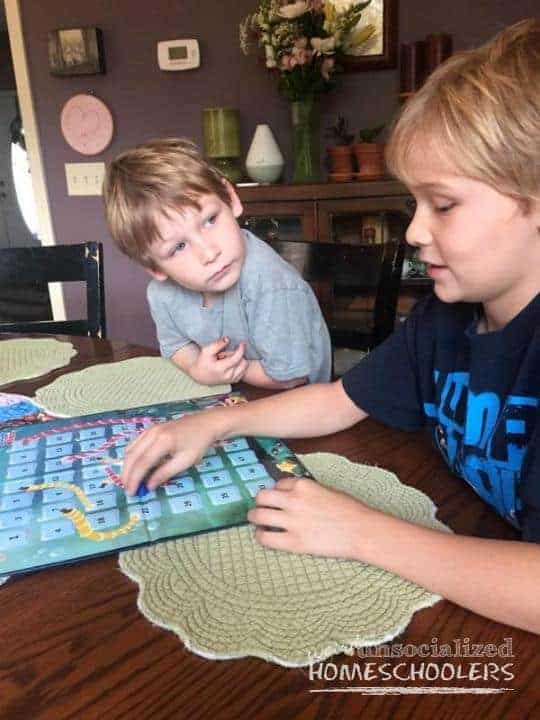 The game lists tips for counting and also includes dry erase boards to assist. Although my boys did not use either, it could be helpful for some children.

Overall, the game was well received, and it has stayed out on the table the last week, the kids playing every day. The boys can even play and practice without adult supervision, which can be a plus for a busy family. I think the game is one that is worth including in a homeschool curriculum.

How do you play Ocean Raiders?

Ocean Raiders comes with an easy-to-follow instruction booklet. Most families will find it fairly self-explanatory once you start playing. However, this video can help if there’s any confusion or you’re more of a “show me how to play” kind of person. (That’s me. I’m not a fan of reading directions.)

The instructions also include some variation ideas for kids who need a bit more challenge and the makers of the game invite users to email them for even more ideas.

Plus, a few weeks after ordering the game, I got an email with two pdf attachments. One was the most current rule book. The folks at Logic Roots say they’re always looking for ways to improve gameplay, so they want to make sure users have those updates. 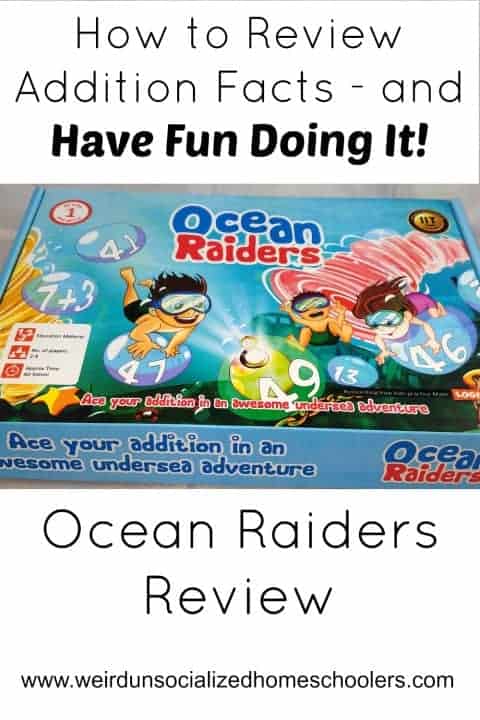 The second was an ebook with four more math activities, along with their solutions and techniques. The makers of Ocean Raiders have a passion for getting kids excited about math and making math practice as fun and engaging as possible.

How can I connect with Logic Roots?

If you’re looking for educational math games, check out the Logic Roots Amazon store where you’ll find a variety of games covering skills such as addition, subtraction, multiplication, division, and fractions.