This post was originally published on April 26, 2006. It has been updated and expanded, including a brand-new resource that will excite Little House on the Prairie fans – Little House on the Prairie: The Legacy of Laura Ingalls Wilder, a one-hour documentary about the real Laura Ingalls Wilder, directed and narrated by Dean Butler, who played Almanzo Wilder on the popular television series. 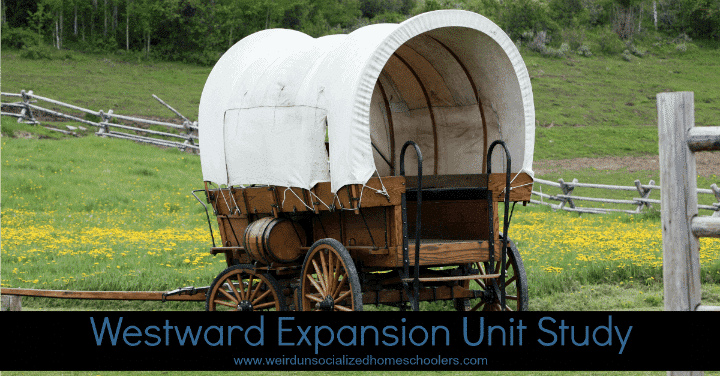 This post contains affiliate links and updates were sponsored by Little House on the Prairie. See full disclosure policy for more details.

The first several years we homeschooled, we used unit studies exclusively. I usually wrote them myself. Looking back over the original text of this post, it’s funny to me how many important concepts of writing unit studies I had already figured out.

Three of the most important concepts about writing unit studies that I’d already learned were:

These ideas are intended to be a simple roadmap to guide your study, not a cram-packed agenda destined to be a source of frustration. I would typically allow 6-8 weeks per unit study.

I like to read the two read-aloud books a little each day, so I divide the number of pages in each by the number of days we’ll be reading. For a 6 week study, I divided by 24, which leaves one day per week to catch up if we get behind.

For the activities, I suggest choosing 2-3 per day unless they are very involved activities that may take more time. This unit was written for my 10 year old girl, 6 year old boy, and 4 year old girl with the majority geared toward the oldest and activities to include the younger siblings.

These resources should be used as a guide. Don’t overwhelm yourself or your children by attempting to read each book in its entirety or to even read each book listed. Choose the ones that are appealing to your family and cover the topics that you’d like to include from the learning activity ideas.

As with the learning resources, use the following as a guide. Some are quick and simple activities that can be completed in one sitting, while others will be completed over the course of the unit.

Keep an on-going list of new vocabulary words learned during the unit.

Start a Presidents notebook including all the United States presidents through the 1800’s. Try to memorize them, in order, as you learn about each. Younger students may enjoy completing a U.S. Presidents coloring page.

Complete a U.S. states notebook, including all the states in the union through this point in history. These United States coloring pages are our favorites! Memorize states and present-day capitals. 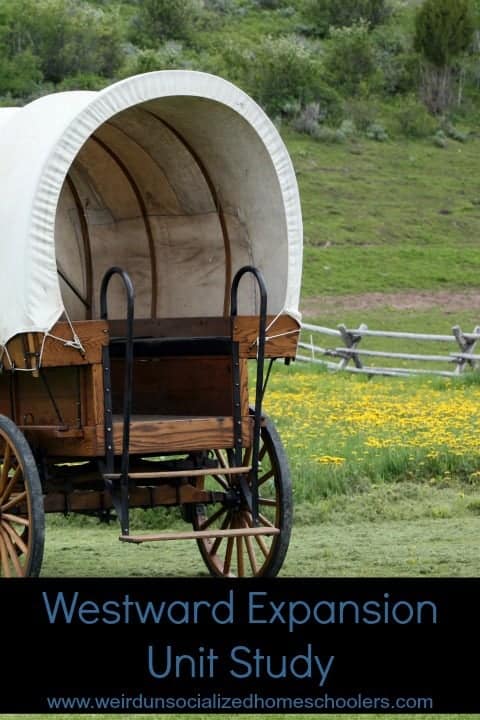 Learn about birds and animals. The explorers and settlers of the American west encountered many animals, birds, and plants that they’d never seen before, as you can see in this interactive Lewis and Clark journal. Learn about some of the different types of animals and birds they may have seen for the first time. Make a notebook including drawings and descriptions of some of these animals, birds and plants, or be an explorer in your own backyard and make a notebook of your own discoveries.

Start a nature journal. Learn about the types of trees in your area. Find out the names of at least three trees. Draw pictures of the trees, their leaves, and their seeds. Collect leaves from each and include in your nature journal. What are some of the uses of these trees?

Learn about the pioneers. The early pioneers made most of what they needed by hand. Learn how to make a braided rug like Mary Ingalls did in The Long Winter or learn how to make your own ink and envelopes. Watch Little House on the Prairie: The Legacy of Laura Ingalls Wilder (Use coupon code LHSCHOOL to save 20% when ordering from Amazon. Offer expires 12/1/15.) to learn more about the life of Laura Ingalls Wilder. 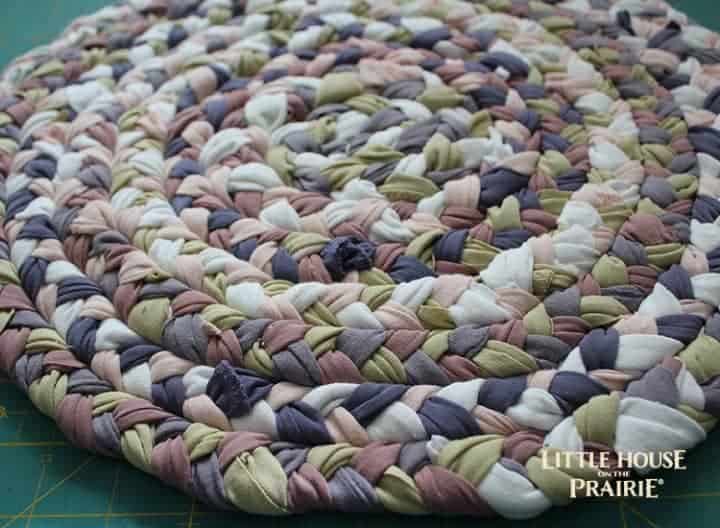 image used with permission of Little House on The Prairie

Learn about trains. The first locomotive built in the United States went into service on Dec. 25, 1830. On July 1, 1862, Abraham Lincoln signed the Pacific Railroad Act, which called for building a railroad from Omaha, Nebraska to Sacramento California. Learn more about the trains and railroads of the United States.

Study the Gold Rush. In 1848, gold was discovered in California. When news reached the east coast, thousands of people moved to California in hopes of striking it rich. Learn about the California Gold Rush. Make your own “gold nuggets” by painting pebbles with gold spray paint and pretend to mine for gold or visit somewhere that offers a gem panning experience, such at the Tellus Science Museum. Make your own Gold Rush game to play.

Make a notebooking page for some of the interesting facts you learn. For example, Levi Strauss invented the first blue jeans, sold to California gold miners.

Learn about fire safety. In Little House on the Prairie, the family has to deal with a prairie fire. Discuss fire safety for your family. If you’re doing your study in early October, check with area fire stations to see if they are offering any special programs for Fire Prevention Week. 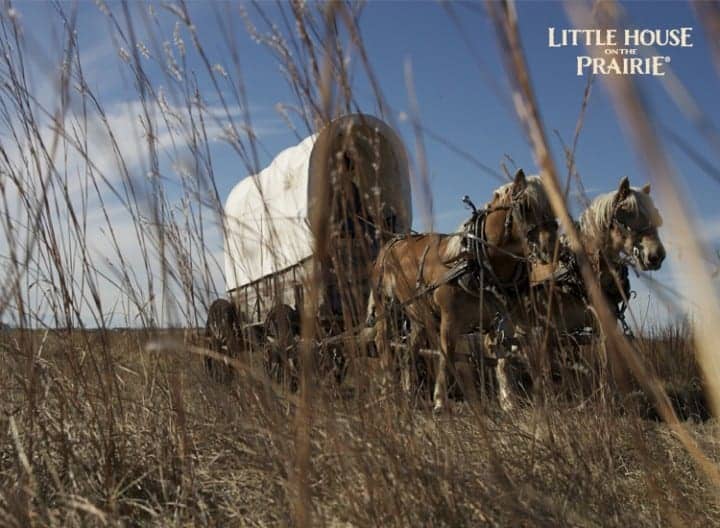 image used with permission of Little House on The Prairie

Learn more from Little House on the Prairie. In Little House on the Prairie, Mary and Laura contract malaria. What is malaria? What causes it? What are its symptoms? At one point, the girls encounter a snake. Learn how to tell the difference between poisonous and non-poisonous snakes. Discuss what you should do if you encounter a snake. Take a trip to a zoo or nature center to learn more about the snakes common to your area. Build a log cabin, using Lincoln logs, pretzels, or craft sticks.

Consider some of the following field trip destinations.

This post is linked to the Hip Homeschool Hop.