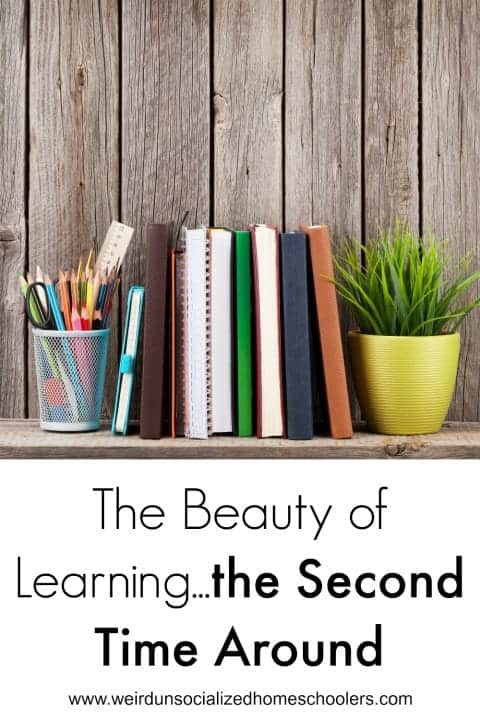 Written by Amy Dingmann of The Hmmm…schooling Mom.

Around the time our kids were first learning about the westward expansion, I came upon a documentary I thought we might enjoy. A friend who had already seen it mentioned, “They talk about the Donner party in that documentary. I mean, just so you know.”

I came home and asked my husband, “Why am I being warned about showing the kids a movie that has something called the Donner Party in it?”

You guys, I had no clue who or what the Donner Party was. 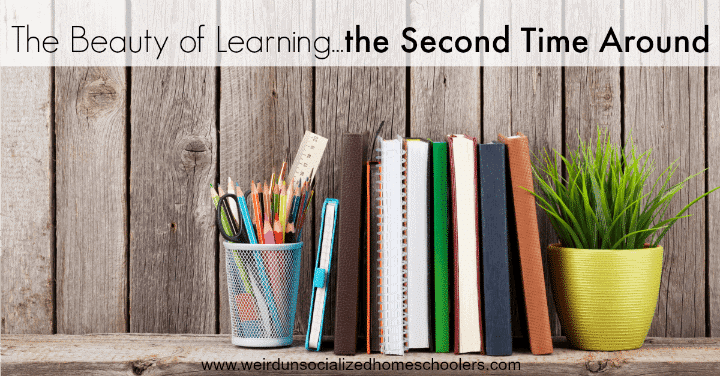 We hadn’t studied them where I went to school—or it was sped over on a day I was absent. Believe me, I would have remembered a story like the Donner Party. In fact, that would have been something I would have latched on to and studied in its entirety.

We did decide to watch the documentary, we talked about the Donner Party, and then I ended up studying much more about it.

Which is awesome. Because as a homeschooling mom, I’ve had so many opportunities to learn more stuff the second time around.

Like just recently, when tackling an issue on our farm, my husband referenced a “totally common elementary science experiment” in his effort to solve the problem.

And, you guessed it, I’d never done—nor even heard of—the science experiment.

(Which, of course, totally helped with the farm task at hand.)

We all learn different things the first time around.

It doesn’t matter where we attend school; there will be “gaps” in our education. My husband had a teacher who was hardcore into women winning the right to vote. He knows more about that constitutional amendment than most people I’ve met.

But not me. At that same time in school, I had a teacher who made us memorize all the countries in Africa.

My husband, on the other hand, knows nothing about the countries of Africa.

This, you guys, is why it’s so awesome to be a homeschooling parent. We get to take advantage of learning the second time around.

And you know what? Learning the second time around is easier. Know why?

Had I wanted to know more about the Donner party when I was in school, I could not have just talk-to-texted it into my phone. I couldn’t have even looked it up on the computer. Schools having internet wasn’t even a thing until I was in {cough}college{cough}.

Information is literally at our fingertips now. If you want to know about something, you ask your phone. Punch it up on YouTube. Research it on Google.

Not only is the information more readily available, but there are also so many things to choose from regarding the information you’re seeking. Gone are the days of only having one author’s paragraph-long perspective on some historical event.

Isn’t it great to have all these options?

Thinking back to my years in school, I remembered that when I got past elementary math, I started to struggle with math concepts. When I started teaching my kids, however, it was amazing to me how many other resources were out there.

You guys, I understand things about math now that I never understood in school. And it’s not just because I’m older. It’s because as a homeschooling family, there are so many options for how to learn things and the time for which to explore them.

2. The majority of us aren’t just learning it for a test.

For a test in upper elementary school, I had to memorize the five pillars of Islam.

(Which I promptly forgot after I scribbled them all down on my paper. Even though I got an A+)

As homeschooling families, most of us are working on a different time frame than our public-school counterparts. Today, if I wanted to study the five pillars of Islam or Italian cuisine or forestry or orchestral arrangements of heavy metal songs, I could spend as long as I wanted doing it. There would be no cutoff, no hurry-up-and-move-on-to-what-comes-after. There would be no you filled in this bubble on the test, now move on to the next thing.

What’s really awesome about parents getting the chance to learn things the second time around is that our kids benefit from it as well. Kids get to witness first hand that…

You can’t learn (or teach) all the things at once.

Some parents plow headfirst into homeschooling with a pie-in-the-sky belief that they’re going to be able to teach their kids about all the things.

And whether this stems from a basis of you get to explore all the things I didn’t get to, or we need to be super smart about everything, the end result is the same: you can’t possibly teach your kids about everything.

There isn’t enough time, and the world is way. Too. Big.

But you know what’s awesome about that? The realization that…

When your kids see that you aren’t just teaching them, but you are actually learning things right alongside them, it shapes how they view learning. They can clearly see that learning doesn’t take place at a certain time or in the space of a certain amount of years.

It’s happening all the time.

Mom and Dad are still learning. Isn’t that awesome?

What are some of the most interesting things you’ve learned the second time around?

This author does not have any more posts.