A dad’s involvement in his family’s homeschool can run the gamut from being the primary teaching parent to being the source of funding for the school books. My husband is on the funding end of the scale. Even though he’s not highly involved in the day-to-day operation of our homeschool, I couldn’t do what I do without him. 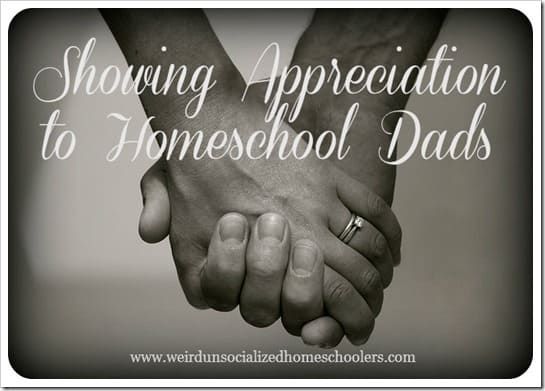 Brian supports me unconditionally. He doesn’t balk when I tell him I need a mom’s night out or a weekend away with my girlfriends. He trusts my judgment on curriculum choices. He doesn’t act resentful that the whole house is still snuggled up, cozy in our beds when he leaves to go earn a living to support our family each day. He doesn’t even complain when he returns from a weeklong business trip to find a new cat in his house. (For the record, though, said cat hasn’t visited in over a week.)

I bet most married homeschool moms would agree. (You know, about your husbands, not mine.) So, how can we show homeschool dads that we appreciate all they do to take care of their families?

There have been several articles floating around the internet lately about stay-at-home moms not being frumpy. I agree. Of course, I also know that non-frumpy is going to look different for different people. I have one friend who is dressed like I would dress for a job interview or a funeral every time I see her. I’m a jeans and t-shirt kind of gal.

That being said, I know that there are styles of jeans and t-shirts that are more flattering on me than others. A little flair in the legs of jeans usually looks better on me than straight cut. A women’s cut t-shirt accentuates attractively, whereas a unisex shirt tends to make me look boxy or dumpy.

I’ve got this one shirt that is nothing special at all. As a matter of fact, I bought it at a homeschool convention only because it was long-sleeved, I was freezing, and it was my size. Every time I wear it Brian says, “I really like that shirt on you.”

It’s not dressy, but it’s comfy and my husband thinks it’s attractive on me. Pair that with a cute pair of jeans and it’s win-win.

I also bought my first pair of yoga pants the other day. They’re cuter than I expected them to be. They’ve got a little Lycra and spandex to hold everything in place, along with a little flair in the legs. I’m going to have to be careful not to let them become my homeschool mom uniform. 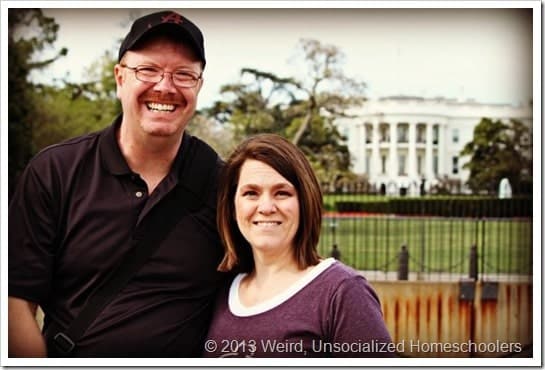 Take care of my appearance.

For one thing, it just happens to be one of those things that makes me feel better about myself that I’d do even if Brian wasn’t home. (I fixed my hair most days when he was out of town a couple of weeks ago.) However, I also like to demonstrate to my husband that I still think he’s worth getting fixed up for.

As I’ve gotten older, I’ve gotten a little more lax about the no bad hair/no make-up at the same time thing. There are many days when I throw my hair up in a pony tail sans make-up and I know my husband loves me anyway. Still, if I’m on my game, I’ll take the pony tail down and do a little something with my hair before he gets home.

The way to a man’s heart and all that stuff. 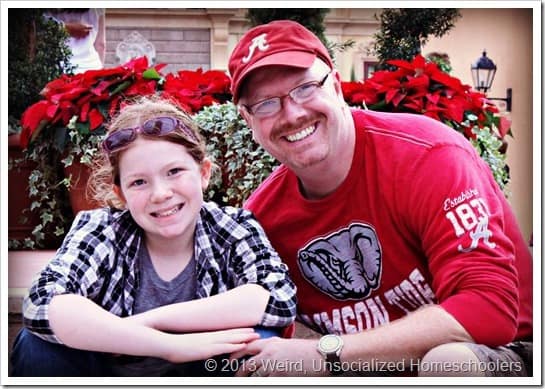 Build him up, rather than tear him down.

During my work-outside-the-home days, I worked in a couple of different offices with almost all women. Over time, I began to notice something. Most of them would talk horribly about their husbands. Going by what they said, I thought their husbands were complete ogres. Then, I’d meet their husbands and discover that they were actually nice men.

I came to realize that often the only thing other people know about my husband is what I say about him and the fact is, he’s a pretty awesome guy. Those annoying things he does are not the sum total of who he is. I’m sure I’ve got plenty of annoying qualities of my own.

So, with that in mind, I try to save the griping for people who know us both so that they know to take whatever I’m griping about with a grain salt. I also try to speak respectfully to him and positively about him to others when we’re together and forgo the kind of teasing that is often more hurtful than we let on.

Make our home a pleasant place to be.

As a matter of fact, every time I go out of town, he cleans the house while I’m gone. Again, we’re not talking spotless, but he makes sure the dishwasher has been run, the laundry hamper isn’t overflowing, and everything has been straightened up because he knows it stresses me to come home to a messy house. 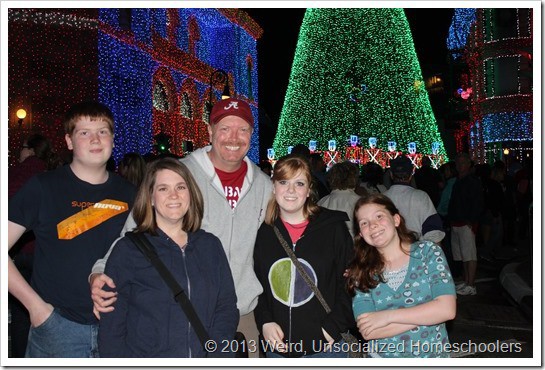 Spend time with him.

While it’s nice to have a date night every so often, those evenings when we shut ourselves in our room and play cards or watch TV are often just as enjoyable.  Lately, we’ve had the kind of strange experience of just walking around Wal-mart together on grocery night now that our kids are old enough to wander around together without an adult.

When you have small children, date nights away from home can be difficult, but in-house dates can be fun – you can enjoy dessert together after the kids go to bed (or even a special dinner, depending on how early they go to bed) or watch a movie together.

Often we wives are in the unique position of being the one person in the world to know exactly how to pray for our husbands specifically. They may be going through things that they haven’t shared with anyone else, and they need our prayers. If you want some ideas for how to pray for your husband, Jamie has some suggestions that you can print off as a daily reminder, 25 Prayers for My Husband.

There are dozens of other ways – both romantic and practical – that I could show my husband how much I appreciate him, but these are some of the usual, day-to-day things.

What are some of the ways that you let your husband – your family’s homeschool dad – know how much you appreciate him?