Do you ever have those weeks when you feel like you should have made notes as you went along? This is one of those weeks. Right now, I can say it was a great week…but, I’m trying to remember if it was Monday or Tuesday that was a really bad day or if that was one day last week.

I can remember the highlights, but that one specific is kind of a blur. I guess, if I can’t remember for sure, I just need to not worry about it and count it as a great week, right?

I do know that Monday involved a very early volleyball game – we had to be at the gym by 3:15. That was rough since we usually don’t finish school until around 4:00. We managed to make it, though…but almost wish we hadn’t. It was ugly and very frustrating because our girls should not have lost that game. At the very least, it shouldn’t have been a blow-out because the two teams were pretty equally matched. I’ll just leave it at that.

Tuesday was pretty much a blur, but Wednesday is when the fun began. 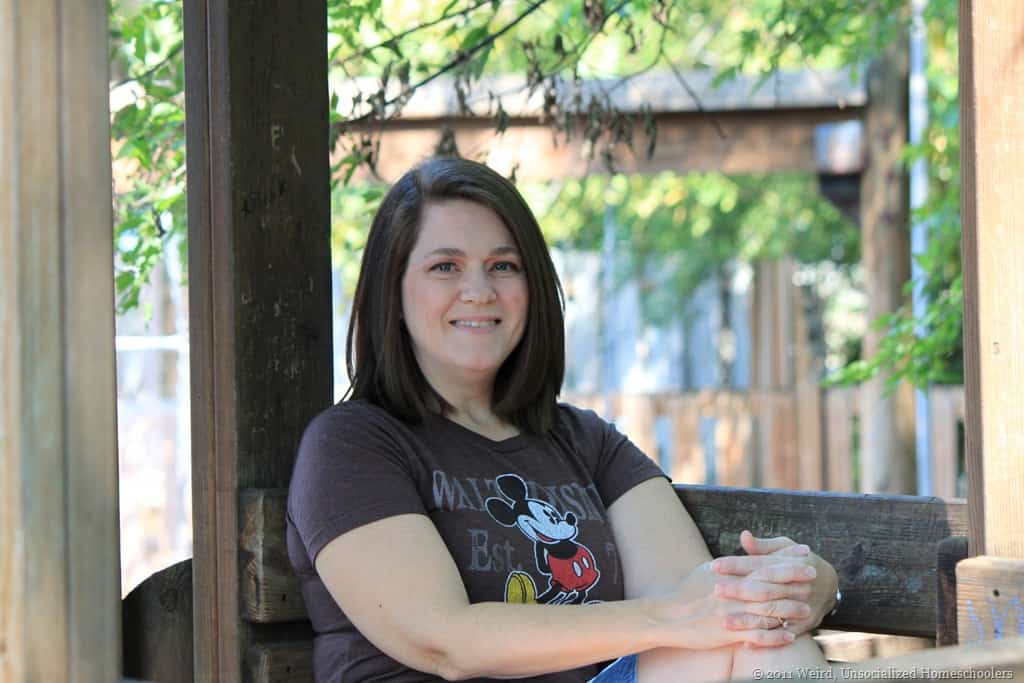 My baby – the actual baby of the family, not just one of the three kids that I’ll always refer to as my babies – turned 10. Double digits! 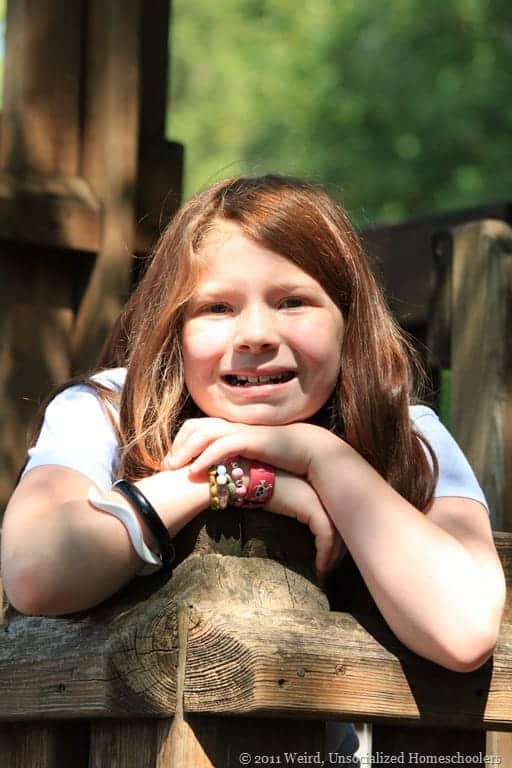 We did something we’ve never done before, but that I totally want to start doing more often. We went and met Dad for lunch! It was so nice getting to see him in his territory in the middle of the day. 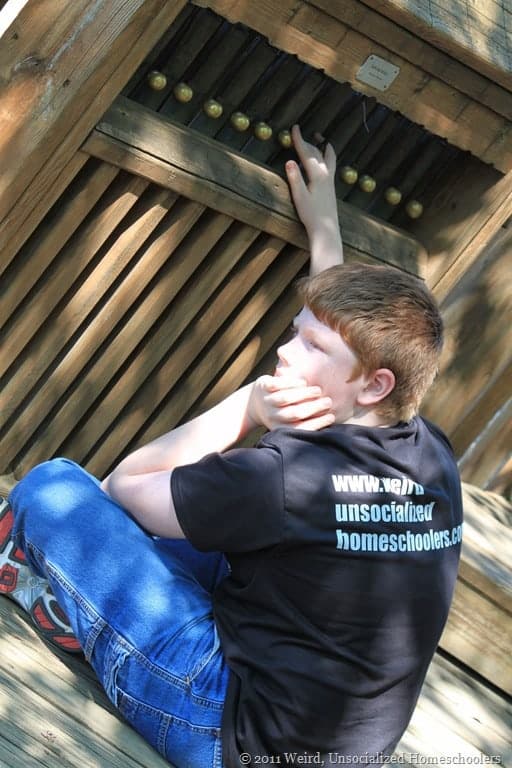 Don’t you love the back of Josh’s shirt?!?

Since family birthdays are school holidays in these parts, we went to a playground near Dad’s work after lunch. It was hot! I took a lot of pictures of the kids, but I kept having to tell poor Josh to wipe the sweat off his face before I took his picture. He didn’t realize that it was so hot and he wore blue jeans. Poor kid.

Thursday was Megan’s birthday party day. You’ve gotta love those birthdays that you can spread across multiple days. She wanted to invite all her friends from music class – from which she graduated last year – since she doesn’t get to see them each week anymore. Most of these kids were in class with her since Kindergarten, so she’s been used to seeing them each week. 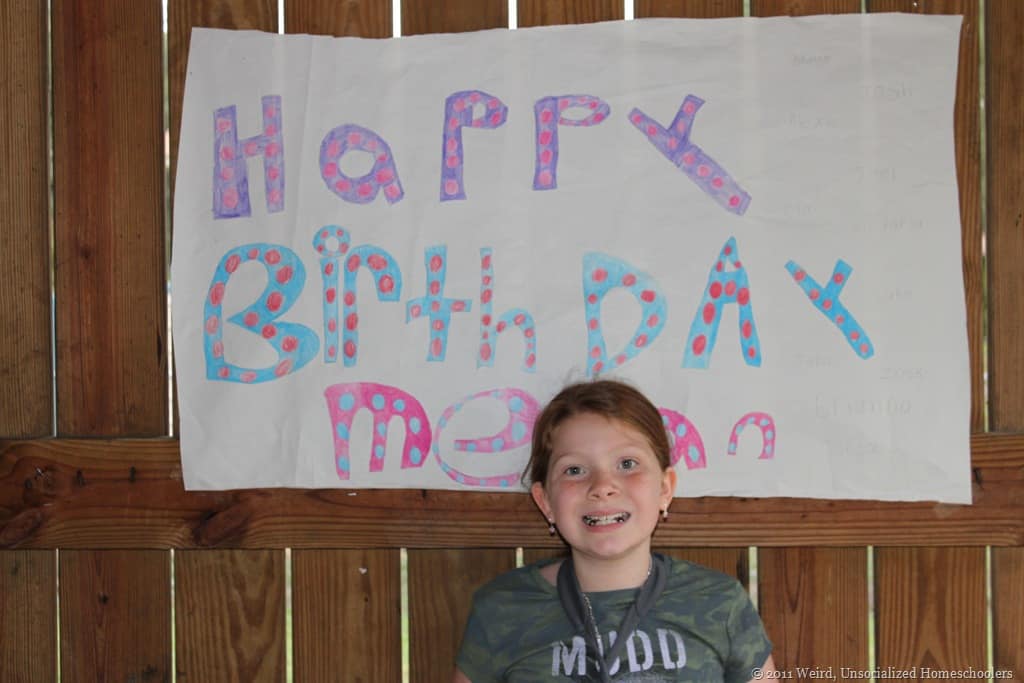 She made the sign herself. I thought it turned out great. The backward “y’s” are part of its charm.

Since she wanted to have a fairly big party, we decided to do it at a local playground and have pizza and cake for the parents and kids. Lots and lots of pizza. 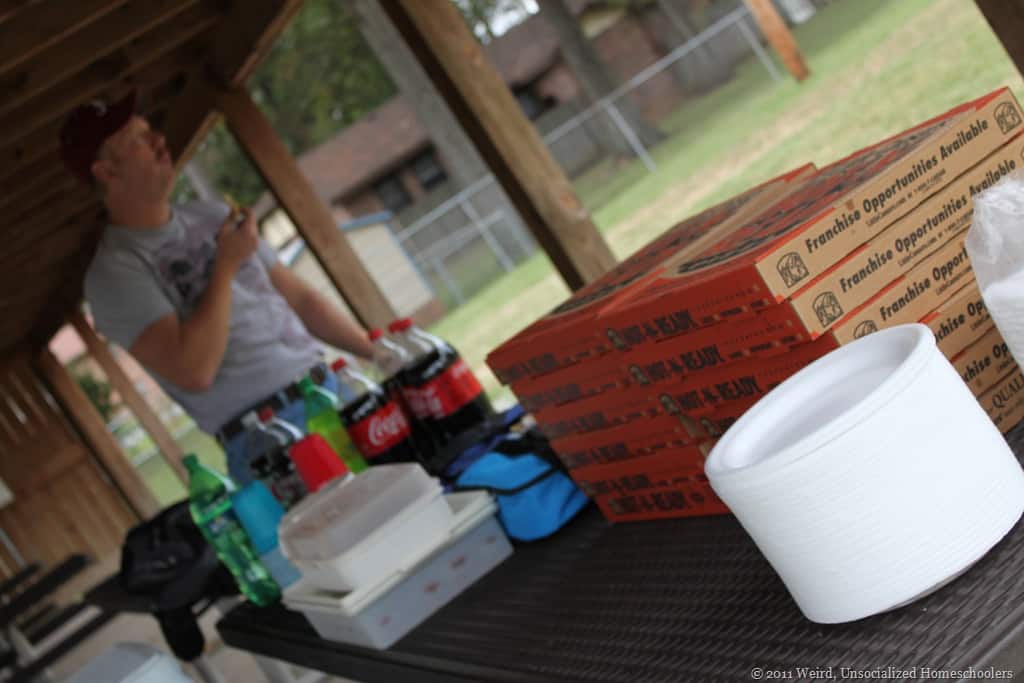 Okay, seriously, I’ll probably do good to get two lunches out of it, but still, I can’t believe we had so much left over.

I always stress about parties beforehand – always. I worry that we won’t have enough food, that we’ll be running late (a very real possibility for us), that something is going to go wrong…and we always have a wonderful time. 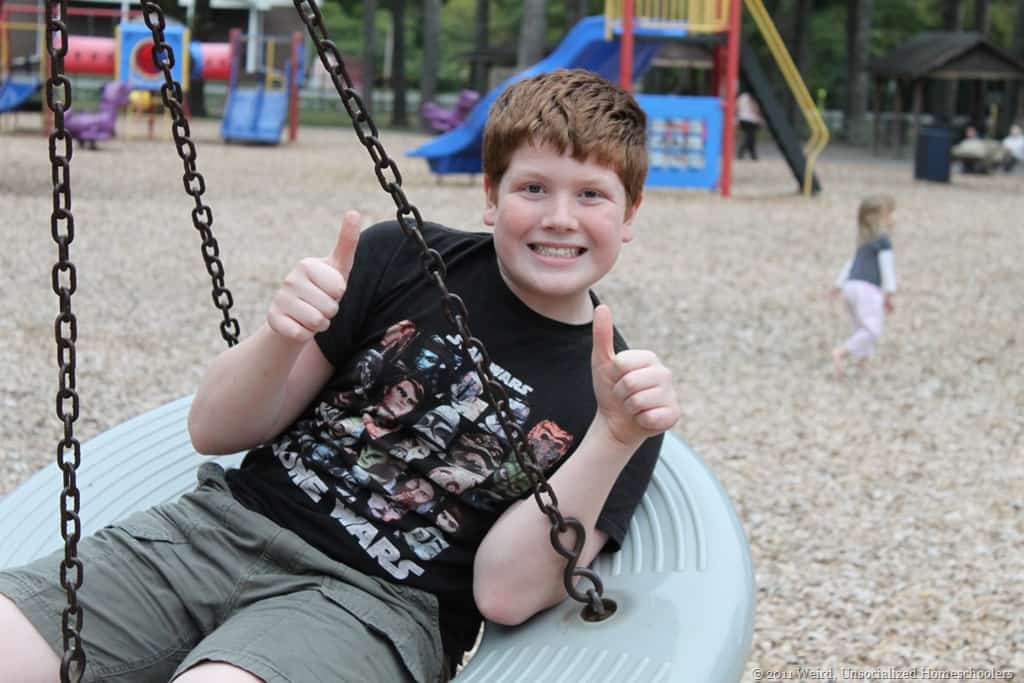 This party was no exception. It was a nice mix of family and friends and it was wonderful seeing so many people that we haven’t seen in a while and having a chance to sit and talk with them.

The only thing was, remember the I mentioned how hot it was at the playground on Wednesday? Well, it decided to be fall on Thursday. It wasn’t really cold, but coming from 90 degrees to the sixties was a shock for most of us. Especially those of us who wore shorts not realizing it was going to be so cool! Crazy weather! 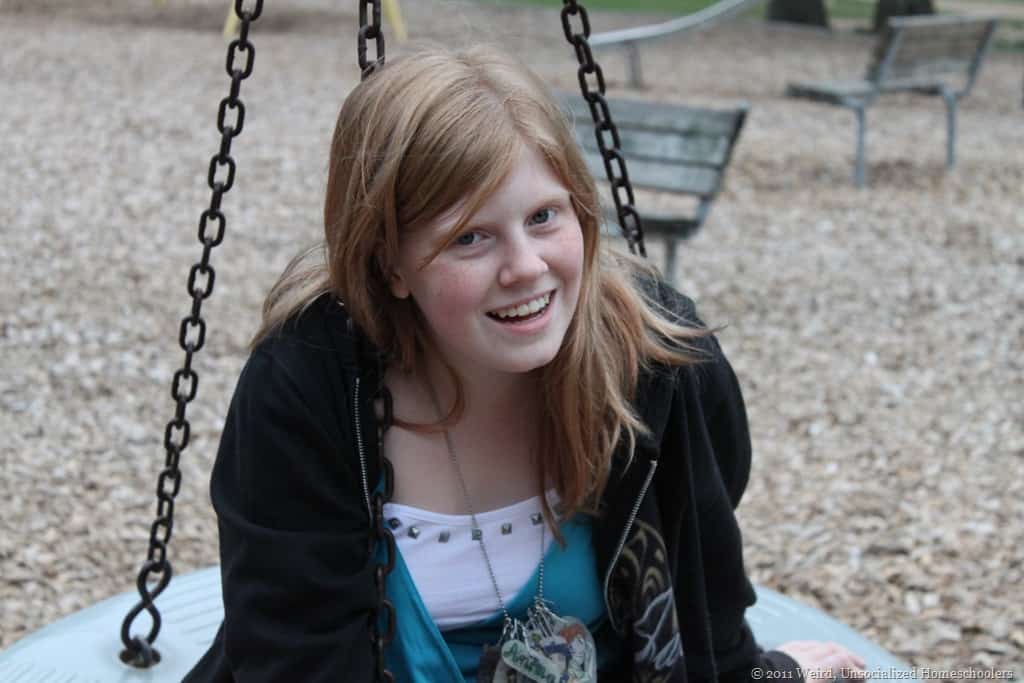 We wrapped up the week with our first American Girls book club meeting. Our homeschool group has done the book club for several years, but we’ve never participated. When it started, Brianna was a little too old for it and Megan wasn’t interested in the American Girl books.

Then, we just had so much going on with other outside classes and activities that we didn’t have time. This year, though, we don’t have any outside commitments during the day and Megan is a great age for the book club – and finally into reading – so we thought we’d give it a try.

Megan loved it! She’s already looking forward to the next meeting – and disappointed that the meetings are every other week rather than every week – and already asking to go home with a girl we just met. Um, let Mom get to know the family just a teen bit first, please.

It really was a fun meeting. The girls discussed the book, with some direction from the mom leading the group, and made a related craft project – right up Megan’s alley. Then, there was some time to play together before heading home.

All in all, it’s been a really great week. I love weeks like this that leave me feeling positive and refreshed at the end of the week, rather than counting down the hours till the weekend.