Happy Friday and Happy New Year, y’all! How has your week been? As far as school goes, our first week back after a long break has gone pretty well. Personally? Meh. I started feeling puny on Wednesday and felt pretty lousy yesterday. I think it’s just some sort of miserable sinus thing.

Brianna has been on antibiotics since last week and Josh has had a cough all week, so I guess I finally caught whatever they had. Either that, or I picked up something at the doctor’s office on Tuesday. I had to take Megan back for a follow-up – not for an illness – and there were so many people hacking, coughing, and blowing their noses. {sigh}

I’m really hoping that whatever I’ve got is short-lived. 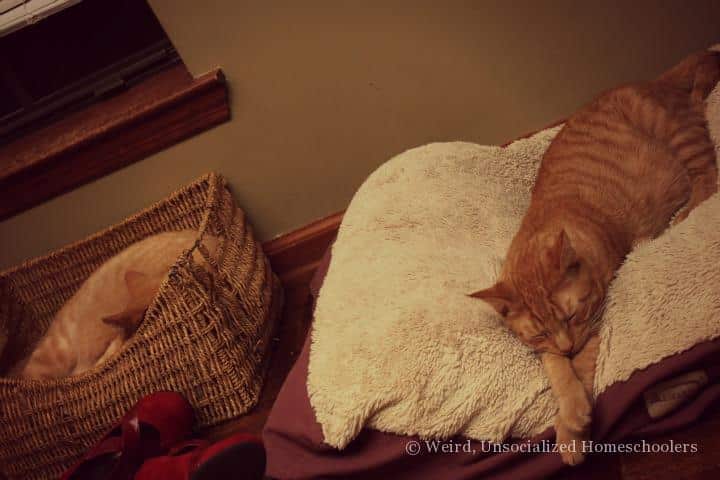 The boys are finally learning to coexist peacefully. Gus, who is definitely the “lover not a fighter” type has always been willing, but, Jack? Well, he’s a bit of a brat.

So, let’s catch up a bit, shall we? I really enjoyed my two week blogging break. It gave me some much-needed down time with my family. We had a wonderful Christmas together. Christmas week was busy, but fun.

We had a Christmas party for the kids and their friends the Monday before Christmas. I’ve got to say, having a house full of teens is fun. They’re such a great group of kids and as long as you have some food, they’ll basically entertain themselves.

That Tuesday was a lunch with friends I haven’t seen in awhile. Wednesday was a day full of baking with our church’s Christmas Eve Eve service that night. Christmas Eve was pretty low-key for most of the day, followed by dinner and a gift exchange with my side of the family.

Christmas Day started at home with family gifts. My favorite gift was a new iPod to replace my ancient one that no longer wanted to play nicely with the current version of iTunes.

We had lunch with Brian’s family and spend most of the day with them. As I said, it was a busy week, but very enjoyable. Our New Year’s Eve was a very low-key evening spent at home – my favorite kind – with dinner at my sister’s house the next night.

No one was ready to start school on Monday, but I knew we just needed to bite the bullet and get to it. We didn’t tackle every subject on the first day, which softened the blow a bit and everyone – including me – had surprisingly good attitudes. 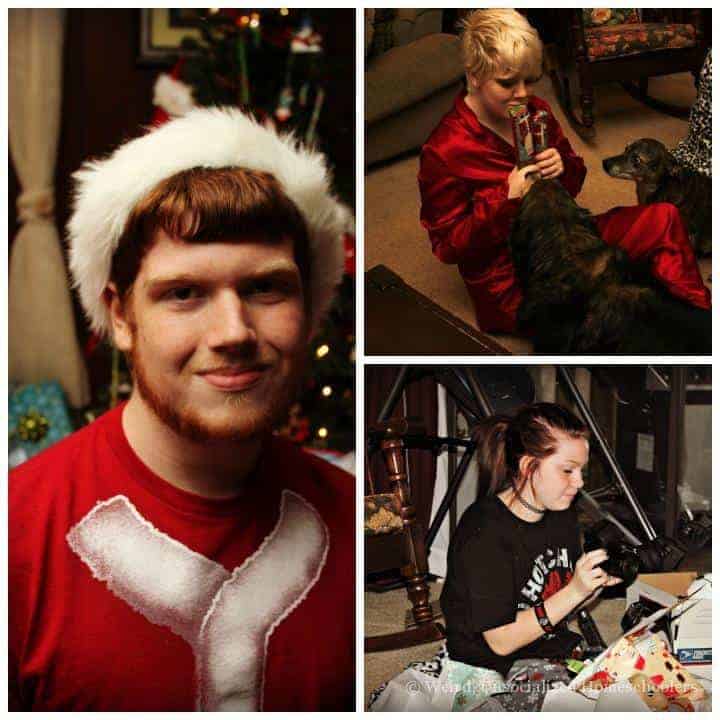 Our Santa; Brianna with the dogs who were eagerly, but patiently waiting for their Christmas gifts; and Megan, who was a lot more excited about that camera than she appears in that picture.

Overall, it’s been a good week and school has gone smoothly. This semester, Josh and Megan are both studying world history, but in their own grade level texts. I was excited to see that their topics coincide most weeks, so maybe I’ll be able to convince them to do one or two fun, hands-on history projects together.

I was also excited to see that Megan’s general science text covers some fun topics, such as the phases of the moon. We are so doing the Oreo project!

Another of my Christmas presents from Brian was a new pair of running shoes. I needed them so badly because my old ones were worn out. That, along with a couple of new articles of clothing that were too snug have convinced me to get back to running.

The timing couldn’t have been better since Kristen, at We Are That Family, recently put out a call for people to raise money for Mercy House by signing up for a race. I signed up for a local race in April and would love your support!

My goal is to raise $250. That’s only 25 people sponsoring me for $10. Not only does it sound doable, but I’d love to double that! Would you consider sponsoring me?

I’ve also been writing over at About.com this week. Check out:

Also, if you’re a newsletter subscriber, you’ve probably noticed that I got everything moved to the new service. I think it’s much cleaner and neater. I hope you’re enjoying it!

Next on the agenda is offering a choice between daily updates and a weekly digest. I warn you, though, I am something of a procrastinator. Feel free to remind me to get that updated. I think it’s a pretty simple process. It’s just a matter of making time to sit down a figure it out.

I think that’s it for my Wrap-Up this week. Now, I’m going to go focus on breathing. Have a great weekend and I’ll see you next week!