I remember once doing a magazine quiz that was supposed to determine, based on my body type (the shape, actually, if I recall correctly), which I needed to focus on more to effectively lose weight – changing my eating habits or exercising. The idea was that it could be one or the other…or both. 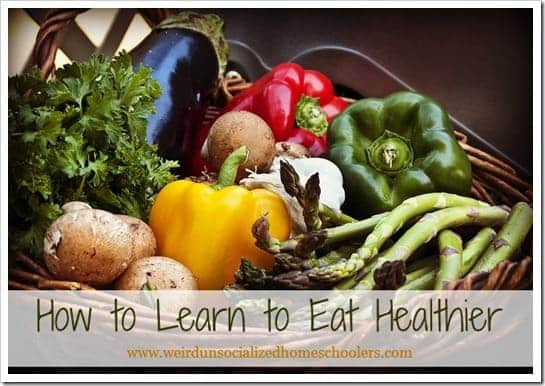 It’s kind of a toss up as to which is harder – improving your eating habits or consistently maintaining an active lifestyle. If you’re like me (and I’m betting that most of us are), you need to do both.

Most of us, when we try to change our eating habits, try to make one huge overhaul that we naively think we’re going to be able to maintain for a lifetime. It’s been my experience that slow, steady changes are those that lead to lasting consistency.

The good news is, once you retrain your taste buds, eating healthier for the long-term really does get easier – at least, it has for me. I’ve employed a few fairly simple techniques that have helped me develop a taste for foods that I wasn’t really crazy about at first.

I remember the first time I tried a baked sweet potato. So many people raved about them. Heck, even Logan’s – not really known for its healthy fare – has them on the menu, so apparently enough people enjoy them to make it worthwhile to keep them in stock.

Bleck! I thought it was awful! And, no amount of brown sugar was going to convince me otherwise.

At the insistence of Brian’s family, I finally tried his grandmother’s sweet potato pie. It took a few tries, but I finally developed a taste for her pie (made with real sweet potatoes, not that nasty canned junk.)

Then, I came across Gina’s mashed sweet potato brulee. Much less sweet than the regular sweet potato casserole, but still yummy!

From there, it was just a tiny stretch to baked sweet potatoes. At first, it took a lot of brown sugar, but now it takes hardly any. I love them and eat them at least once a week. They make a quick, healthy lunch (with a pre-baked potato or one stuck in the oven in the morning) with baked salmon and some roasted broccoli or kale chips.

Now, I’m sure that some dieticians would take issue with the path it took to get me to eating baked sweet potatoes, but I can’t help thinking that eating them in a bit of an unhealthy fashion at first was worth me getting to the point where such a healthy food is one of my absolute favorites. I even like them as oven-baked fries (just not quite so spicy).

I used to love tomatoes as a kid. Then, my tastes changed and I hated them. I didn’t start enjoying them again until I forgot to ask the server to leave them off my salad at a restaurant one night. They were diced too small to pick out, so I just ate them.

And, they were pretty good. These days, I’m back to loving tomatoes.

I don’t like parsnips by themselves, but they’re pretty good sliced really thin and roasted with carrots. 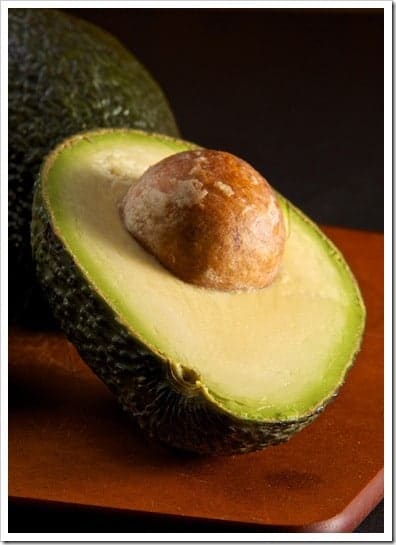 I used to only eat avocado in the from of homemade guacamole. Then, I started dicing it and putting it on Mexican foods or salad. These days, I could just sit and eat avocado (I don’t, but I could). I love it on salads, diced on top of my pasta bowl (which has become a quinoa bowl instead) or mashed and spread on sandwiches in place of mayonnaise.

Use dips and sauces

No, dips and sauces aren’t something usually suggested by healthy eating advocates, but they don’t have to be all bad. One of the first things I did when I began changing my eating habits was to replace my full-fat dip with a yummy low-fat Greek yogurt dip. The funny thing is, my kids actually like it better than the old, full-fat version.

From there, I quickly became a fan of pita chips and hummus as a replacement for chips and dip. Then, I got brave and tried jicama. These days, I would choose jicama and red pepper strips with hummus (roasted pine nut, thank you very much) over chips and dip, even if the calories were equal. Really.

If you, like my oldest, are not a fan of fruit, a healthy version of fruit dip could make all the difference. (Here’s another fruit dip option.) I suspect that dips and sauces could be a stepping stone, for most people, to enjoying fruits and veggies plain – just like me and my sweet potato transformation.

Have you ever told your kids that they have to at least try something? Have you heard that you have to try something ten times before your taste buds decide whether or not they like it? (That doesn’t seem necessary for some foods…like chocolate, for instance!)

That’s not just for your picky-eater children. That goes for your stubborn palate, as well. Don’t give up on a new food too quickly. It just may become a favorite.

My family has decided that there’s no better way to fix most vegetables than to roast them – usually with a little drizzle of olive oil, some minced garlic, and a sprinkle of kosher salt.

Some of our favorites include: broccoli, cauliflower, carrots, squash and asparagus – and many combinations thereof.

I have become a huge fan of roasted kale chips (only when they’re fresh). I still haven’t convinced my family, but I’ll keep trying. They haven’t tried them ten times yet! Even Brussels sprouts are good roasted. Really.

If you’ve changed your eating habits and learned to love some foods you never thought you’d eat, what tips would you add? What are some of your favorites that you never would have eaten before?