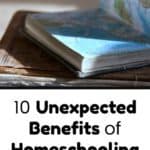 There are a lot of benefits of homeschooling that I expected going in – one-on-one teaching, lots of hands-on learning, and a customized education, just to name a few. However, I was surprised to discover a lot of unexpected perks. Some of these apply to the kids or our family, but there were also some unanticipated personal benefits as a result of homeschooling. 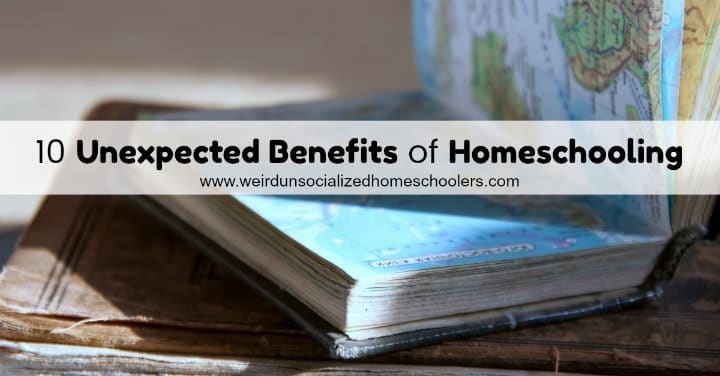 1. Learning with My Kids

I expected to teach my kids. I never thought I’d be learning alongside them. If I had to choose just one area in which I’ve learned the most, it would be history. I thought history was boring when I was in school, but as I study it with my kids through biographies and great literature, it fascinates me.

2. Learning from My Kids

I’ve discovered that my kids are rather insightful little beings. I have learned from their unique perspectives on the world.

There have been a couple of particularly memorable times when Brianna has made very insightful observations about a Bible passage or a parallel between current events and history. I love those moments that remind me that there is much more than Dr. Who and Facebook status updates floating around in that girl’s mind. {grin}

If we weren’t homeschooling, I would most likely be working a typical 9-5 job in the insurance industry, the career field I fell into when I got my first real job. Through blogging, I met some amazing people.

I have two kids with dyslexia. Reading and spelling have not come easily to them. Because we homeschool, they haven’t had to deal with constantly feeling stupid because they weren’t catching on to those things as quickly as their peers.

I’m not going to paint a false picture – both of my dyslexic kids knew that this was an area of struggle for them. There were times when they did feel stupid, despite my best efforts to minimize the frustration and let them know that everyone has strengths and weaknesses and learns at different rates. Still, their self-esteem hasn’t taken a daily beating.

Homeschooling has opened up a whole new group of friends for my kids and me. I guess we wouldn’t know what we were missing if we hadn’t homeschooled and didn’t have all these new people in our lives. The flip side of that is that there are friendships we’re missing because of homeschooling, too.

Still, thinking of the people who are in our lives now, because of homeschooling, who weren’t when we started homeschooling, I’ll call this one an unexpected benefit, too.

My kids have friends of all ages. They don’t know that they’re supposed to feel superior to younger kids or inferior to older ones. Maybe that doesn’t go on as much now as it did when I was in school, but way back then there were definite social classes based on age and grade level. That’s something that my kids don’t even consider.

Even better, they’re not put off by differences. Josh recently heard someone say something about a buddy of his being autistic. Josh asked me, “What’s autism?”

Josh hadn’t noticed anything different about this kid. The guy is just his buddy. While many kids in public schools would be the same as Josh, there are also a lot of kids who make fun of anyone slightly different from them. Unfortunately, “mob mentality” often takes over kids pick on anyone different.

I’m not saying my kids would be above that if they were in public school. I’m just glad it’s something they haven’t learned. 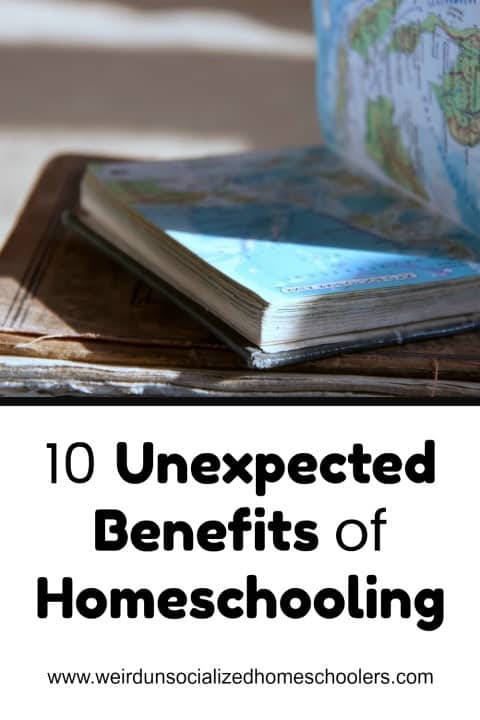 As a terrified newbie homeschooler who was encouraged and mentored by a homeschool mom friend a few years ahead of me, I couldn’t imagine the day when I’d be able to return the favor. It’s incredibly gratifying to be able to inspire and motivate those coming after me.

And, for the record, I have to state that two of my biggest supporters and encouragers when I first started homeschooling were public school moms. Homeschooling wasn’t for them, but they stood behind me 100% and let me know that I could do this. They’re probably not reading this, but just in case – thank you, Lauwana and Julie. Your support meant more to me than you’ll ever know.

If you’ve heard me complain about my youngest two bickering, you may wonder about this one. It’s true, though. Brianna and Josh are closer than I’d ever have imagined them being. I think it may be because they’re both teenagers now. Josh and Megan used to be like that, and I’m praying that they will be again soon.

Obviously, I can’t state with any degree of certainty whether our family’s parent/child and sibling relationships are closer than they’d be if the kids were in school. I just know that I enjoy the bonds we share and I think much of that comes from spending so much time together and having so many shared experiences.

I just had my second article published in a magazine! This kind of goes back to number three, but I feel sure I wouldn’t have any of my writing published if we hadn’t homeschooled. I just don’t think I would have pursued it. 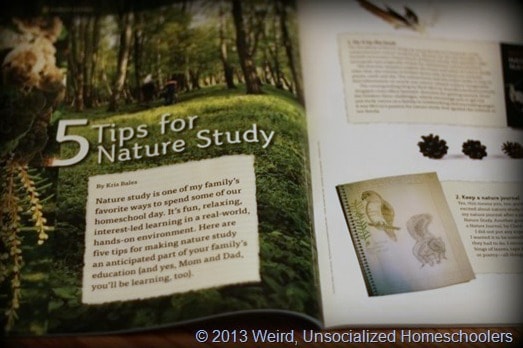 I’ve been working on turning over a new leaf and becoming a morning person. It’s been going pretty well for two reasons. First, as I age, I find it impossible to stay up late like I used to. Second, mornings are about the only time it’s ever quiet at my house anymore – and as an introvert, I need quiet.

My teenagers like to stay up late, but still needs lots of sleep. I try to reel that in a little bit so that we can finish school before supper, but it’s nice that we can work more closely with our natural sleep and wake cycles. We can also stagger our school subjects around everyone’s most focused peak time.

Those are just some of the unexpected benefits of homeschooling I’ve discovered. What about you? 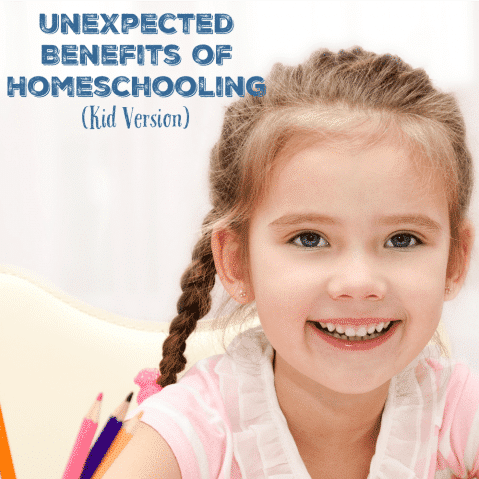 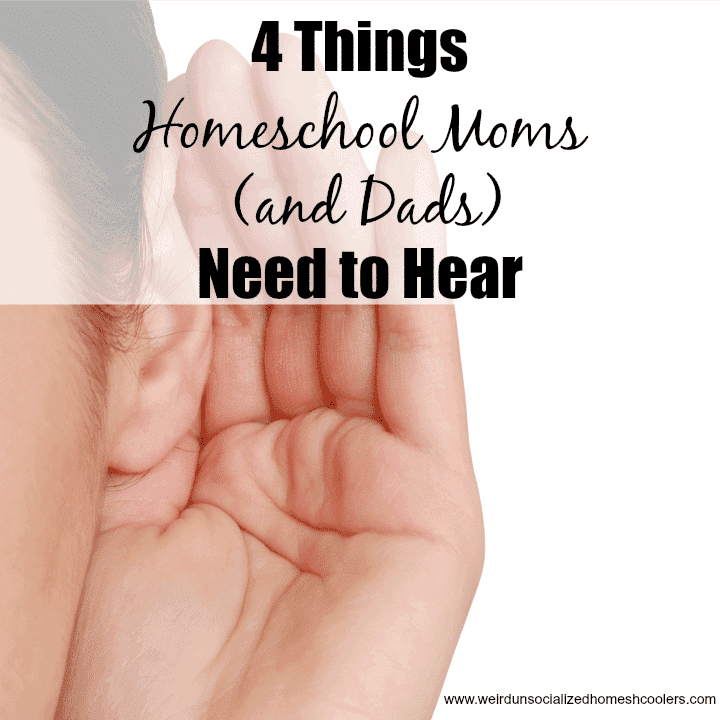 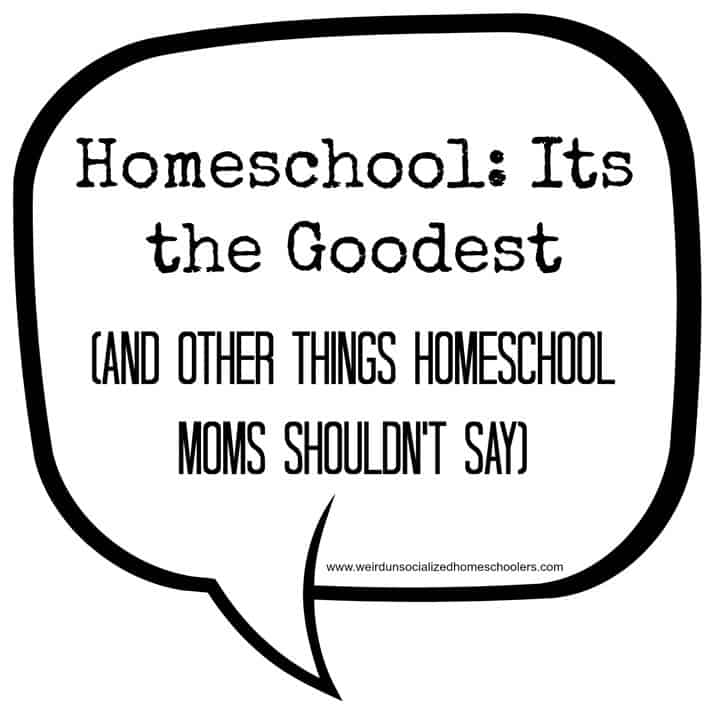